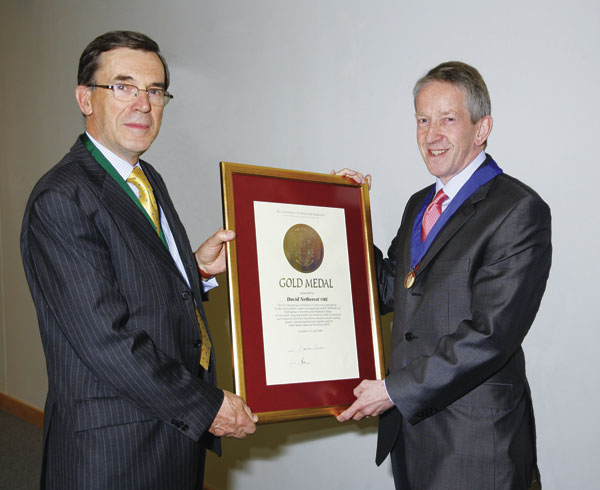 Professor David Nethercott OBE (right) has been awarded The Institution of Structural Engineers’ Gold Medal for his outstanding contribution to structural engineering during his 40 year academic career.

The award was presented by the Institution’s President Dr Graham Owens at a ceremony at Imperial College. It was the 42nd time the award had been made since its inception in 1922, with only nine of the awards going to academics.

His Gold Medal address, entitled ‘They all want to be Brunel’ combined his enthusiasm for design and construction with research during his distinguished career. On the Brunel theme, he said it was laudable to take inspiration from the father figure of engineering. “We can’t all be Brunel, but we can all be Brunellian.”