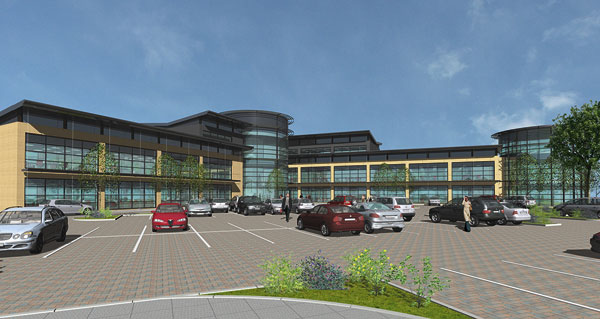 Caunton Engineering is supplying structural steelwork for four new schools in Sheffield under the Government’s Building Schools for the Future (BSF) programme.

Working for the Paradigm Consortium, led by Taylor Woodrow, Caunton is a Strategic Alliance Partner.

Two of the schools – Newfield Secondary and Talbot Special Needs Secondary – are on the same site and all 215t of steelwork has been erected.

A third project, Silverdale Comprehensive school, consists of a greenfield development adjacent to the existing school, which will be demolished once the job is completed. Steelwork at Silverdale has been completed and used to construct a sports hall, a main hall building and covered street areas.

Phase one of steelwork erection has also been completed on the fourth school project, Yewlands Technical College. Caunton says it will begin phase two during September and a total steel tonnage of 145t with 520m² of metal decking will ultimately to be used on the project.