Posted on September 10, 2015 by NSC in Projects and Features, This month's featured stories 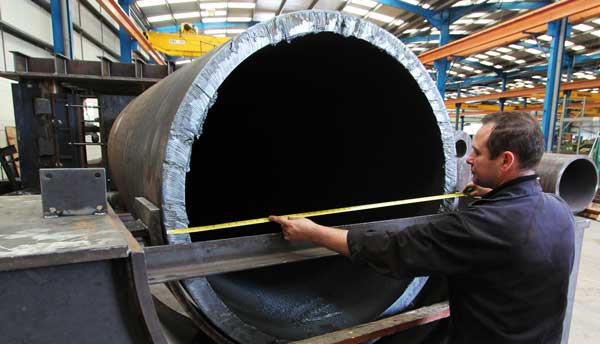 British Standards Institution (BSI) has published a revised Eurocode 3: Design of steel structures as well as a revised National Annex.

British Constructional Steelwork Association (BCSA) Director of Engineering Dr David Moore said: ‘It was recognised by the European committee responsible for BS EN 1090-2 that it would be more appropriate for such guidance to be given in the design standard for steel structures, BS EN 1993-1-1 and hence a revision to this standard was developed.”

Guidance on the selection of Execution Class has now been included in a new normative Annex C to BS EN 1993-1-1. Annex C links Execution class to the Consequences Class/Reliability Class of the structure and the type of loading (static, quasi-static, fatigue and seismic actions). It also includes restrictions on the use of Execution Class 1. Guidance on both of these recommendations is subject to National Determination and the UK has published an amendment to the National Annex to BS EN 1993-1-1 which replaces the guidance given in Table C.1 – Choice of execution class (EXC) and the restrictions on execution class 1 given in clause C.2.2(4) of Annex C of BS EN 1993-1-1.

The National Annex replaces Table C.1 of BS EN 1993-1-1:2005+A1:2014 with an alternative table that links Execution Class to Consequences Class/Reliability Class, the sensitivity of the structure to fatigue , the grade of steel and seismic actions. This table is limited to structures designed according to the BS EN 1993 and other appropriate Eurocodes. The National Annex does not give any limitation on the use of Execution Class 1 but states that its use is not endorsed for general use.

Dr. Moore said that while each structure needs to be considered on its own merits Execution Class 2 will be appropriate for the majority of buildings.

Although BS EN 1090-2 remains current the guidance on the selection of Execution Class is given in an informative annex [i.e. supplements normative material by offering advice, information and guidance].

The requirements given in the revised BS EN 1993-1-1 is given in a normative annex [i.e. is essential to the application of the standard]. The BCSA therefore recommends that for new projects the selection of Execution Class should be based on the recommendations given in normative Annex C of BS EN 1993-1-1:2005+A1:2014 and its supporting National Annex.

Copies of both BS EN 1993-1-1:2005+A1:2014 and its National Annex are available from BSI publications at: www.bsigroup.com/shop or alternatively BCSA members can purchase them, with a 10% discount. from the BCSA by contacting: don.thornicroft@steelconstruction.org 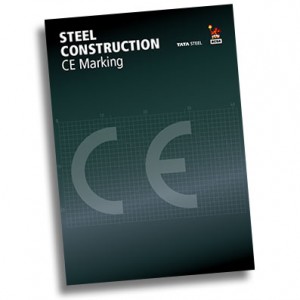 Contracts for fabricated structural steelwork for buildings should include the NSSS for Building Construction 5th Edition CE Marking Version. This specification incorporates the obligations of the CPR and CE Marking on the steelwork contractor.

To help BCSA members understand their obligations, the Steel Construction CE Marking brochure has been revised and updated to fully incorporate all of the recent changes. The brochure is available free at www.steelconstruction.info/Steel_construction_news#Steel_construction_.E2.80.93_CE_Marking

The engineer’s responsibility for CE Marking

The engineer is responsible for specifying the Execution Class for the structure as a whole, the components and the details that they have designed.

Procedure for specification of Execution Class for a building:

1.    Determine Consequences Class – Table 11 of Approved Document A [Usually 2a or 2b]

Whilst each building needs to be considered on its own merits, EXC2 will be appropriate for the majority of buildings constructed in the UK.