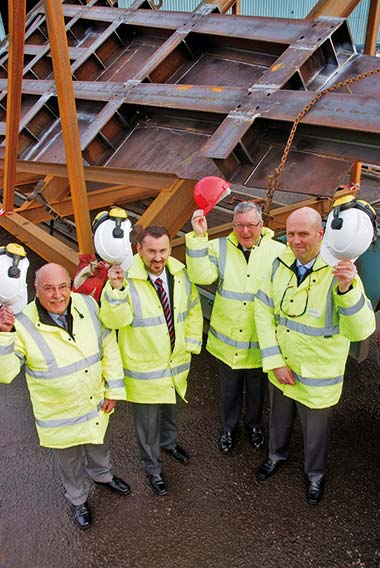 The Scottish Energy and Enterprise Minister Fergus Ewing has praised Watson Towers, one of Scotland’s leading independent heavy engineering firms and parent company of Cairnhill Structures, for its work during a visit to its Coatbridge facility.

“They are very active in the energy sector, and I am encouraged to hear they have international orders bound for China.

“The Scottish Government has pledged to increase the value of international exports by up to 50% by 2017 and the success of businesses like Watson Towers will help us reach this target.”

Watson Towers current contracts include the construction of a huge carousel floor for a North Sea cable laying barge and providing specialist engineered components for a Biomass conversion at Ironbridge in Shropshire.