The obligations placed on those who design and construct buildings to ensure that they are both safe and healthy are contained in the Building Regulations. The requirements of the regulations are set out in functional terms, i.e. they outline what has to be done but not how this can be achieved.

For example, Requirement B3(1) of the Building Regulations for England & Wales states: “The building shall be designed and constructed so that, in the event of a fire, its stability will be maintained for a reasonable period.”

The Governments of the various regions of the UK publish documentation that provides guidance on means by which compliance with their Building Regulations can be achieved. In terms of fire, the most widely used is Approved Document B, which applies in England and Wales. Among the various rules for fire safety in buildings contained in this document are details of the fire resistance requirements to meet the necessity for structural stability described above. For example, an office building over 30m in height requires 120 minutes fire resistance plus a sprinkler system.

Increasing innovation in design, construction and usage of modern buildings has created a situation where it is sometimes difficult to satisfy the functional requirements of the Building Regulations by the use only of the provisions given in the Approved Document B. Recognition of this, and also increased knowledge of how real buildings react in fire and of how real fires behave, has led many authorities to acknowledge that improvements in fire safety may now be possible in many instances by adopting fire safety engineering approaches. A wide ranging programme of research and development has supported this.

Approved Document B says: “Fire safety engineering can provide an alternative approach to fire safety. It may be the only practical way to achieve a satisfactory standard of safety in some large and complex buildings and in buildings containing different uses.”

Fire safety engineering can be seen as an integrated package of measures designed to achieve the maximum benefit from the available methods of preventing, controlling or limiting the consequences of fire. Many fire safety engineering studies have a structural component and the Institution of Structural Engineers says: “By adopting a performance based approach to structural fire engineering….more economic designs can be achieved and more innovative and complex buildings can be constructed.”

The UK can now lay claim to be a world leader in fire safety engineering. As a consequence, the majority of tall and complex buildings now benefit from an engineered approach to fire rather than relying on the prescriptive provisions of Approved Document B or similar. This has proved beneficial to the construction industry as a whole, but particularly to the steel construction sector, which has carried out most of the research and whose structures consequently offer the greatest potential for improved solutions using analytical methods. 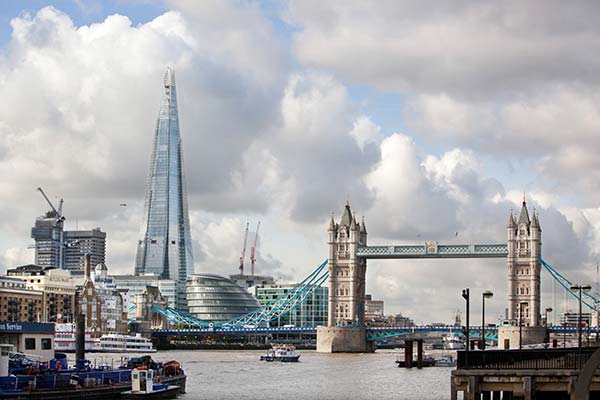 The 310m tall Shard is a mixed use structure, which is currently the tallest building in the European Union. Much of the structure is steel framed and to ensure the efficient integration of passive fire protection, structural engineer WSP also provided fire engineering services.

“For a building of this size and nature, it was important to consider a range of approaches to ensure that the fire protection specified met the requirements of all stakeholders, while ensuring an added level of confidence that the structural fire performance of the building would be acceptable under the expected range of fire scenarios,” says Dr Mark O’Connor, WSP Technical Director. He added: “Fire protection is enhanced on certain structural elements to ensure they never fail, whereas elements less critical to the overall stability have reduced levels of fire protection. Applying fire protection in this strategic way, particularly for a large building such as The Shard, has significant cost benefits.” 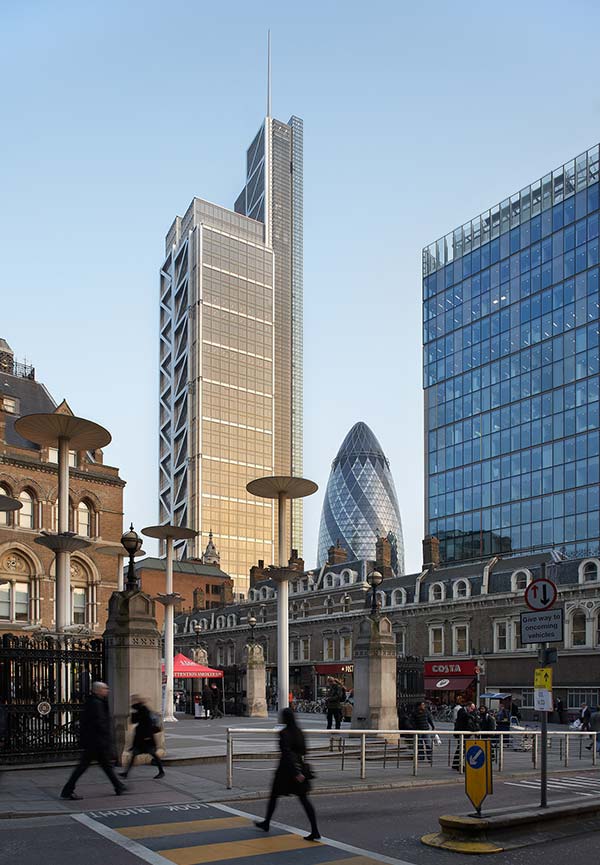 This 203m tall tower has been designed with a vierendeel stress tube structure which wraps around the perimeter of the building. The office floors are supported by long span (up to 14m) solid section beams, acting compositely with a 130mm deep concrete floor slab. The 46-storey building features three-storey floor units, known as “villages”, so a severe fire would have the opportunity to spread over three floors. Most buildings are compartmentalised floor by floor so a fire risk analysis usually considers a fire spreading over only one floor at a time. “This is the first high rise building we know of in which the design has deliberately considered [the potential for] three-storey fires. The Approved Document does not cover this so we undertook research to determine how the fire would spread and which elements would require more or less fire protection,” says Dr Graeme Flint, Arup Senior Fire Engineer. Offsite intumescent coating was applied to selected members and the analysis revealed that secondary steelwork did not require protection. A further analysis revealed that using the prescriptive approach to fire protection based on the recommendations of Approved Document B would have caused some internal columns to fail, so the fire protection of these elements were enhanced using 20mm thick board. The approach made significant savings to the cost of fire protection, while providing a more robust fire protection strategy. “On a similar project, using a similar approach, we saved £4M [off the cost of fire protection], while demonstrating an acceptable robustness” adds Dr Flint.