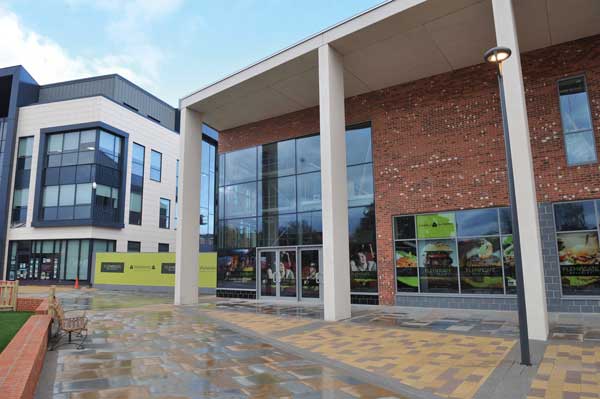 The first phase of the Flemingate mixed-use scheme in Beverley has opened its doors to shoppers.

Described as the largest development in the town since the completion of the famous minster in 1420 (see NSC October 2015), Flemingate’s first phase includes three steel-framed buildings consisting of a Debenhams anchor store and two large retail blocks containing a variety of outlets.

Flemingate’s steel-framed cinema has also opened, with more new shops and restaurants completing in the spring.

Wykeland Managing Director Dominic Gibbons said: “The opening of Flemingate is a key milestone. Many of the exciting new retailers and cafés, which opened on November 3, were making their Beverley debut, not least of which was Debenhams. Together, they are creating a great new destination that will bring more visitors to the town overall.”

Hambleton Steel fabricated and erected 2,000t of structural steelwork for the project.