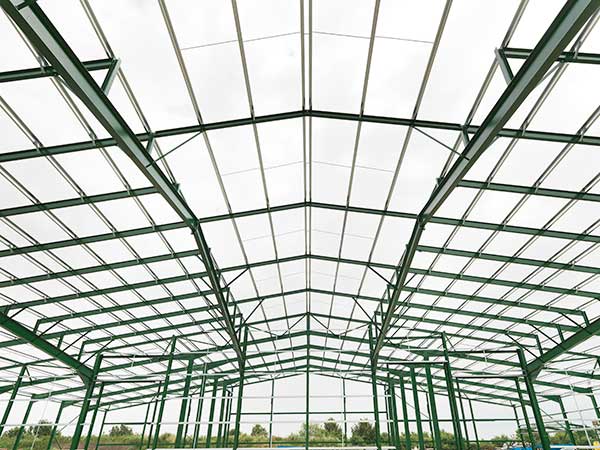 A steel frame, erected by AC Bacon Engineering, has helped create what is said to be the largest potato store in East Anglia.

The box potato store and grading area is located at Sutton Gault, near Ely and is owned by P J Lee & Sons.

Built on the site of a former machinery storage area, the state-of-the-art building was delivered on time and on budget by a team lead by main contractor Thurlow Nunn Standen, with A C Bacon providing the steelwork, insulated cladding and access doors.

Insulation and ventilation are key to maintaining cool temperatures which are needed during crop storage season.

The building can be segregated into eight storage areas, each with the ability to maintain their own climate requirements. The introduction of a 250kW solar photo-voltaic system on the roof also contributes, not only to the running of the store, but also the whole site during peak production.

Twenty four lights in the 26m x 58m central grading area ensure effective grading of crop into store. The building was constructed enabling the grading area to be converted into storage area for a further 2040 boxes after grading has completed.

24m wide ‘hangar’ doors provide safe, efficient, unhindered access to the central hub from which all of the eight storage areas can be serviced.