Contract awarded for A19 flyover 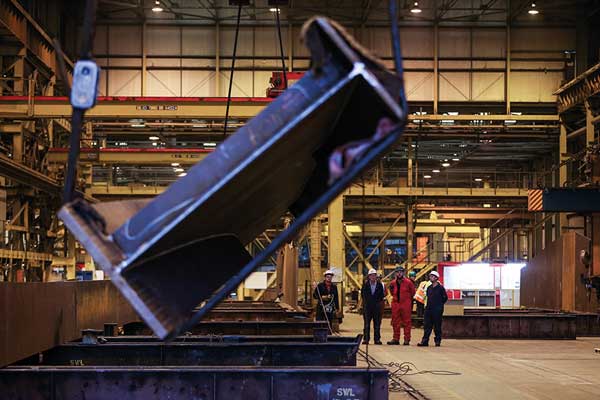 Further alleviating traffic congestion on the redeveloped roundabout that connects the A19 with the A184, the flyover is part of a five-year £15bn programme by Highways England to improve journeys between the main North East arterial route and the surrounding areas.

To date two additional lanes on both northbound and southbound sides of the roundabout have been completed, which has also created the space for the construction of the flyover that includes the installation of more than 130 concrete piles.

The 1,393t weathering steel road bridge will be fabricated in a series of 25 paired girders at Cleveland Bridge’s Darlington facility, which is 40 miles south of the project site.

Cleveland Bridge Managing Director Chris Droogan said: “We are highly active in markets across the world, but it is always satisfying to secure projects in our home region of the North East, particularly those that will bring significant benefits to the efficiency of the area’s transport network.

“We are also very proud to continue our long-term collaborative relationships with Highways England and Costain and look forward to the successful delivery of this project.”