Celebrating a century of success

This year the steel construction industry looks back over one hundred years of success since formation of the British Constructional Steelwork Association. Nick Barrett picks out the highlights of the century of progress.

Steelwork contractors have felt many ups and downs for their sector of the construction industry during the 100 years since they started to pursue common interests via the BCSA. Seldom have they occupied such a position of importance to the construction industry, and by extension the national economy, as they do now, with shares of over 90% in key market sectors. 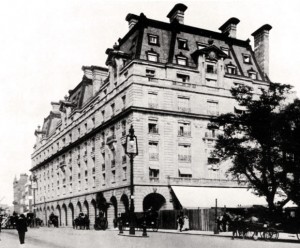 Not much is known in detail about those early meetings of five fabricators in the Manchester area in 1906, but they are thought to have confined themselves to exchanges of information about matters like wage rates and the impact of new legislation. This must have been valuable enough in itself because soon the Steelwork Society, as it came to be called, had 40 member companies drawn from the northern counties of England.

The First World War meant many people were too busy for meetings of such associations, but post-war other parts of the country saw the benefits of associating to pursue common objectives and the Midlands Association was formed in 1919. There was also a London based group that held joint meetings with the other two groupings that eventually resulted in the formation of what became the BCSA.

Issues of common concern emerged early on – the threat from reinforced concrete, the need to produce technical solutions to the challenge of fire regulations for example. There was also early recognition of the need to invest in marketing to ensure that specifiers were educated in the advantages of steel.

Some of these problems were eradicated when the British Steelwork Association was formed in 1928 supported by both fabricators and steel producers, and dedicated to promoting the constructional use of steel through marketing, publicity, providing technical information and technical research. This effort proved successful and in 1936 the organisation adopted its present title.

The BCSA possessed an in depth technical capability which was eagerly used by many clients. There was a bridgework design department for example that helped local authorities by offering complete designs. This was to be expanded in the 1960’s when it developed a world wide reputation for its design advisory service.

Support for the war effort 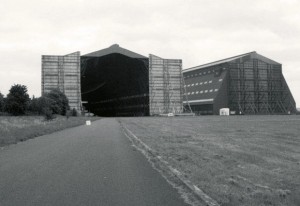 Steel was used to frame the famous airship hangars at Cardington 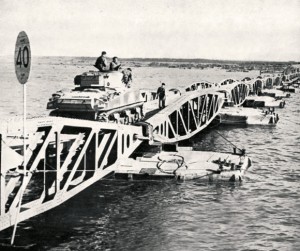 Steel helps with the war effort

The outbreak of war in 1939 led to the total capability of the BCSA and its members being offered to support the war effort. The fabricating industry as a whole emerged from the war with an enhanced reputation for the skill and determination it threw into the struggle for national survival. At one time the entire drawing office was engaged in converting shipbuilders drawings for use in fabricator’s workshops. BCSA organised the fabrication of some 30,000 tonnes of components for the shipyards.

Among the other works handled by BCSA were the Mulberry Harbours, bridges, barges, hangars and hulls for armoured cars. BCSA’s role included allocating work in line with national requirements to firms that had the matching capacity and capability. Achieving payments adequate to keep member companies operating was a continual problem which occupied some of BCSA’s time during the war years.

The post war years saw a flood of new legislation which potentially affected fabricators in many aspects of their business, including health and safety, and the implications of all this had to be learned and then communicated to members. BCSA’s role of liaising with government grew accordingly.

Negotiations had to take place regularly with the central authority that still allocated scarce steel between competing demands. Talks also had to be held with steel manufacturers to try and get back to the pre war rolling programmes. The minimum price agreement was a key area where negotiations took place with outside bodies.

Leading players in the fabrication industry realised that the immediate post war position of the industry was not all it could have been. Surveys were carried out to pinpoint industry performance and potential in areas like efficiency, education and training. The response from the wider industry was not as positive as had been hoped, but work to improve performance in these areas continued.

The association’s efforts at promoting the image of the industry, through what we would call marketing today, was more immediately successful. Old ex empire captive markets were vanishing and new markets had to be informed about the capabilities of the UK fabricators. Some excellent publications survive from those days showing the achievements of BCSA members worldwide.

The dangers of complacency in the face of a changing world were cruelly revealed in the late 1950’s when a sharp downturn in demand led to a shakeout that pushed some of the less efficient firms out of business. This seemed to shock others into taking the action necessary to become efficient providers of constructional steelwork. It also made fabricators take a more realistic look at the sometimes over onerous contract terms they had been happy to sign up to when times were good. 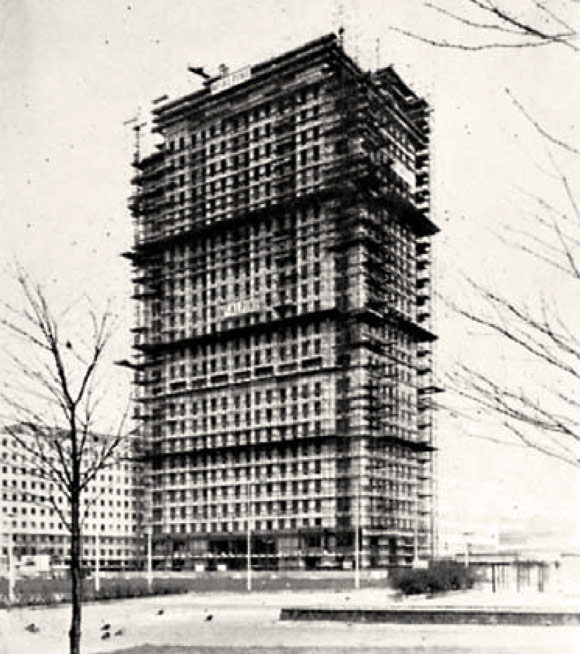 But the pain was keenly felt across the industry, during a period when everything seemed to go wrong at the same time. Inefficiencies in buildings and plant, education and training, productivity, labour relations and management were all cruelly exposed in the new, harsher market conditions. The reinforced concrete manufacturers saw market opportunities and made some inroads. The Monopolies Commission also mounted an investigation at this time, causing further disruption to the smooth running of the industry. Worse falls in demand have since been experienced by the industry and there have even been times of greater upheaval, but at least these days companies fail more because their commercial policies get caught out by the marketplace rather than because of inefficiency or poor equipment.

Price regulation via the legally sanctioned scheme and steel shortages dominated the years that followed. At the start of the 1960’s BCSA and steel manufacturers launched a Joint Propaganda Project, which meant hiring specialist staff, producing brochures and a magazine, and organising a programme of works visits for designers and clients. The BCSA’s magazine Building With Steel started publication in February 1960 with a 15,000 circulation.

The tacit agreement with the concrete sector not to produce ‘knocking copy’ against each other’s products started to break down in 1961 with publication of a leaflet called ‘Why Choose Concrete’ that drew comparisons between concrete and steel. Visits were organised to show architects buildings in Paris which were being built in steel and with no fire protection applied.

Three major technical developments helped the industry at around this time; the introduction of high strength bolts which, combined with arc welding, virtually eliminated riveting; the rolling of universal beams and column sizes which helped the export drive; and the development of digital computing. 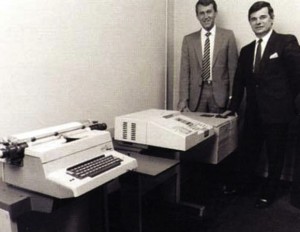 Technical publications began to flow thick and fast as the industry responded to the thirst for technical information and support from designers. The extensive knowledge about all aspects of the performance of steel in construction that is freely disseminated today by the BCSA and its partners Corus and the Steel Construction Institute for use by structural engineers and architects started to be developed at this time.

Other marketing efforts had to be stepped up to counter aggressive promotion of concrete. The Structural Steel Design Awards was instituted in 1968 and continues to be among the best respected awards in the construction industry. Links were established with universities, efforts to promote exports were stepped up.

The 1970’s started with another commercially challenging marketplace and cost cutting was the order of the day again across the industry. The members’ levy was cut by 40%. The Constructional Steel Research and Development Organisation (CONSTRADO) was formed in 1971 after talks with the British Steel Corporation (BSC) to provide technical information.

Some BCSA technical functions and staff transferred to the new organisation but BCSA retained core technical expertise to advise members and to represent the industry on technical issues. 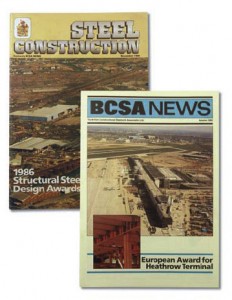 Two publications from the 1980s

In the 1980’s computers started to enter the design world in numbers and BCSA took a lead in familiarising members with the potential benefits, via a microcomputer loan scheme.

That these efforts were paying off could be seen in 1985 when steel for the first time in 50 years overtook in situ concrete as the most popular form of construction for multi-storey buildings. Constructional steelwork fabricated rose from 700,000 tonnes in 1983 to almost 1M tonnes in 1986.

Also in the 1980’s there was a renewed emphasis on producing steel focussed magazines, with BCSA News changing its name to Steel Construction in 1986 with an increased circulation. Press publicity was generated via special supplements in regional daily newspapers.

By the end of the 1980’s the BSC had been de-nationalised and had become an efficient producer by world standards. Output of the industry peaked at 1.4M tonnes in 1989.

The 1990’s saw further improvements in the industry’s market position, with cash retentions eliminated on steel construction contracts. The association’s magazine was merged with the Steel Construction Institute’s magazine to be called New Steel Construction, published bi-monthly, and relaunched as a monthly in 2005 with Corus as a partner. 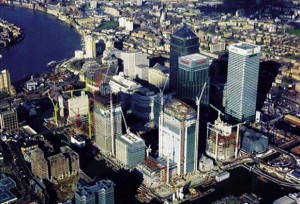 National Steel Construction Week’s started to be held in the 1990’s. From 1999 a bi-annual steel construction conference and exhibition has been held.

Preparations for the introduction of Eurocodes have been extensive, and design guides are being produced as required. BCSA joined the internet age in 1996 with the setting up of its first website. A major review of BCSA’s operations concluded that the association’s aim would be to help members improve their business competence and profitability.

In the new century there has been a continued focus on producing technical information and lobbying hard for industry interests at all levels of government and on international bodies. Steel Construction News was launched with a circulation of over 100,000, which is the biggest of any construction industry publication.

Health and safety remains a key theme for BCSA and throughout its history the association has played a leading role in improving safety through publishing guides, liaising with the health and safety authorities and researching the causes of accidents. The constructional steelwork industry today enjoys a highly creditable safety performance, both in fabrication workshops and on site.

The Steel Construction Sustainability Charter was launched in 2005 to promote development of steel as a sustainable form of construction, and environmentally aware members have not been slow to sign up to it.

In its centenary year the association was reported to be in robust good health, helping members make progress on all fronts and looking forward to a major challenge in helping London in its efforts to get ready for the 2012 Olympic Games.

A full history of the industry and BCSA can be read at www.SteelConstruction.org/CenturyOfSuccess