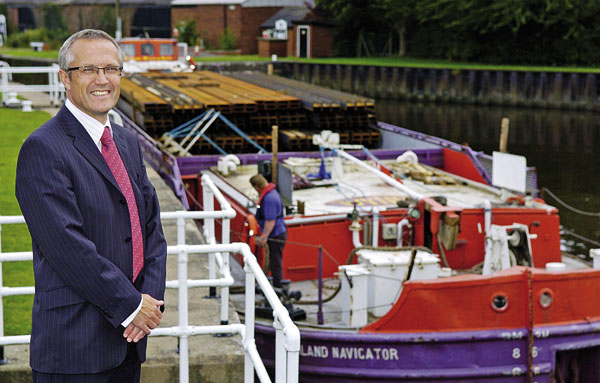 ASD Metal Services is combating global warming and avoiding rising fuel prices by going back to the waterways to transport its structural steel.

During August it concluded a successful three week trial transporting more than 2,000t, in six two day journeys, from Whartons Grove Wharf on the Humber to its Stourton Point site. The company said the trial saved the equivalent of 80 articulated truck journeys.

More than 60,000t of structural steel is currently transported every year by ASD from Corus’ Scunthorpe Mill and Humber Ports & Wharf, all of which could now be transferred from road to water transport.

ASD said it estimates this change in transport policy could save it 137,581 litres of diesel per annum and environmentally it could reduce carbon emissions by 300t per year.

Commenting on this alternative mode of transport, ASD Chief Executive Martin Joyce, said: “The opportunity our site offers for utilising water transport, instead of roads, was one of the major factors in its selection. Bringing the steel from the Humber ports directly into Leeds offers a much more environmentally friendly solution.”