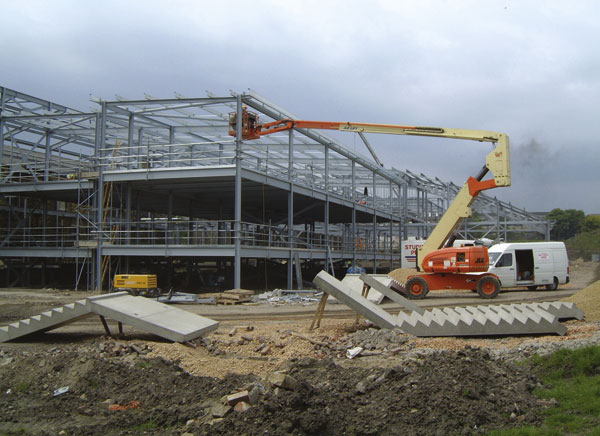 Steelwork installation is virtually complete on five new schools under construction near Halifax in West Yorkshire in the first phase of the Calderdale PFI Schools project. Elland Steel Structures has supplied 2,300t of steelwork and around 20,000m² of metal decking for the four high schools and one primary school. 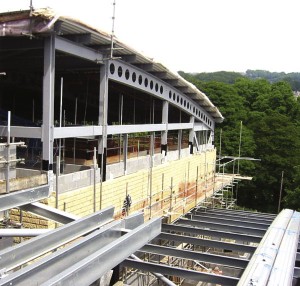 Martin Tovey, Associate Director of the project’s structural engineer Whitbybird said: “Construction of the schools in steel rather than concrete presented a clear economic advantage at the time of procurement. Steel frames also give greater flexibility to allow future alterations to the buildings that would not be possible with load bearing masonry structures.”

Elland Commercial Director Jeremy Shorrocks said that early involvement of his company by the project design team had allowed the introduction of efficiencies in developing the steel frame structures.

Construction began on two of the schools in July 2003 and a start on the remainder followed later that year. Steelwork installation for each of the schools took around four weeks. The primary school was completed in August 2004 and all of the schools are due to have begun accepting pupils by April 2005.