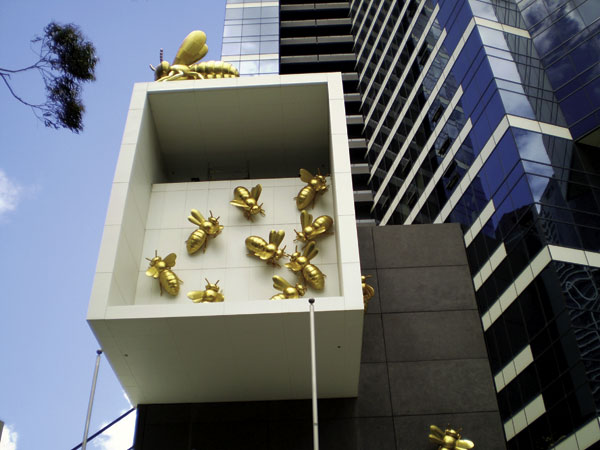 Fixing a sculpture, depicting a swarm of bees, to the façade of the 300m-high Eureka tower in Melbourne, Australia was recently achieved with Lindapter’s Hollo-Bolt system.

Scott Brook, spokesperson for Lindapter, said: “The space behind the façade is quite cramped. Welding the mounts into place would have been difficult. Hollo-Bolts allowed the contractor to fix them in place easily, working just on the exposed face of the steelwork.”

The contractor wanted a means of securing the bees that would be unobtrusive as well as tough.

“The Hollo-Bolts fitted the bill perfectly,” added Mr Brook. “The patented expansion bolt design provided a simple solution for attaching to the hollow-section structural steelwork behind the façade –  the bees’ knees of fixing.”