Big Bim is where the magic is 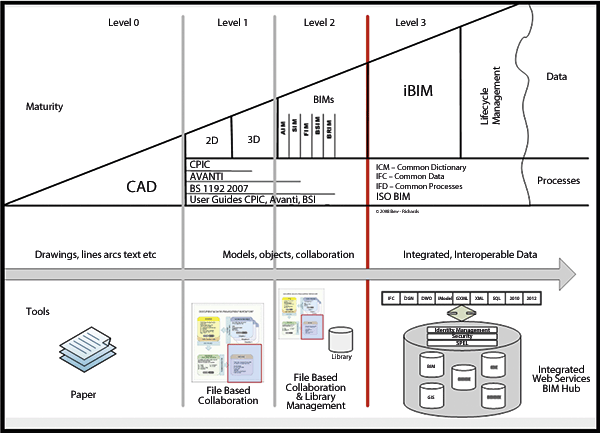 Business Information Modelling has become an often misunderstood industry buzzword. Nick Barrett reports from BCSA’s National Meeting which heard that BIM is another area where steel contractors are well ahead of the game.

The UK construction industry is being driven towards adoption of Business Information Modelling (BIM) by a cost conscious government looking for 20% savings, value for money and reduced carbon emissions from greater supply chain efficiency.

A bumpy ride towards this brave new collaborative BIM world can be expected for some, but steel contractors have already arrived and are in good shape to support the government’s BIM objectives, the BCSA’s National Meeting heard. Steel construction is routinely operating in ways consistent with Level 2 BIM, which all supply chain members on government projects must achieve by 2016. 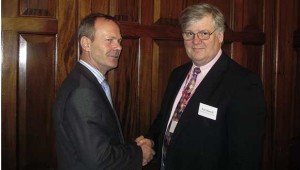 BCSA Vice President Ian Hoppe chaired the Meeting, saying that BIM had become an industry buzzword that was often used and often misunderstood.

Definitions of BIM were not yet fully understood, but surveys had shown that the industry accepted that within five years everyone would be using it. The purpose of making BIM the subject of the National Meeting was to help demystify it.

Chief Construction Adviser Paul Morrell underscored the government’s commitment in his presentation, spelling out that there was no additional money to be expected from government so cost savings had to be achieved. “We need to reduce emissions at the same time as reducing public spending,” he said. Construction prices had risen at more than double the rate of inflation in the years before the recession, which was not sustainable: ”Our clients live in a deflationary world,” he said. No sector of the industry is safe from global competition he warned.

Mr Morrell said that BIM would address some long standing issues in construction, some of which stemmed from industry fragmentation, which can result in a silo mentality. Poor communications means project teams continually reinvent the wheel and there are fractures in the value chain between creation of an asset and its management.

He said industry practices of tendering at up to 15% below cost in the hope of somehow making money had to be reversed. The government intended to become a strong client, one that knows where value lies.

BIM should not be seen as something with a software solution, but as a process in which data and its use throughout the supply chain during a building’s lifetime is important, rather than how the data is produced.

BIM held out the promise of solutions to reconciling opposing pressures, but Mr Morrell said: “Calm down, there is a lot of work to do and we will not do it all overnight.”

Andrew Bellerby, Managing Director of software developer Tekla, said that BIM is here already and its use was accelerating. Structural steelwork was already well placed in the new world of BIM and steelwork contractors were already taking part on BIM led collaborations on projects. He explained that BIM was not just 3D modelling, not just clash checking or prevention, but was a process. His definition says BIM “in its simplest form is effective communication and collaboration of geometry and information through the design, construction and operation of a building in collaborative and open workflows and processes.”

He drew a distinction between ‘lonely BIM’ – some speakers called it ‘little BIM’ – which takes place within your own organisation, and the use of BIM with external parties – “big BIM” as some called it.

Mr Bellerby said he sees BIM as an opportunity for steelwork construction to lead the field as it already has all the experience of building models. 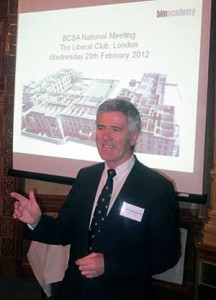 Professor David Greenwood of Northumbria University described the work of the BIM Academy which involved the university and Ryder Architecture. Several projects had already used BIM. He said his view of BIM was that it was a means towards integrated project delivery rather than an end in itself.

“It is a process, not a product,” he said. He urged not getting sidetracked by a ‘lust for technology’– “We need to go beyond that to get all of the industry involved.” Professor Greenwood also said BIM should be an inclusive process rather than an exclusive one used by companies to secure competitive advantage.

Kevin Lea, Business Development Manager of software developer CSC, said structural engineers have a pivotal role in the BIM process. He had seen BIM implemented well, as well as badly. He contrasted  ‘external’ BIM which involves collaboration with others, with ‘internal’ BIM which is mostly about internal design processes, saying external BIM can often be achieved for free if internal BIM is adopted; most engineering firms already have all the software they need but are not using it effectively. For example, Fastrak is a good design tool that has BIM capability and Tekla provides a good detailing tool that has BIM capability, but many did not realise this.

The success of BIM depended on software solutions being able to communicate with each other and on a full appreciation of internal and external BIM processes. 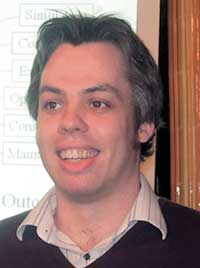 Dan Clipson of Arup gave an engineer’s perspective on BIM, having used the approach on several projects. “We have got past the definition stage and are now talking about changing the process,” he said. Designs were being produced now after full collaboration.

Mr Clipson said government had been the main driver towards BIM, but other clients were now becoming interested. He warned about using new BIM related software tools to just do things the same old way, which would not deliver all the potential benefits. “Little BIM is what helps us, but big BIM is where the magic is,” he said.

Summing up, Ian Hoppe said some questions had been answered by the presentations but there were still questions about how BIM was going to be implemented to fulfil the vision. He said the steel construction sector would continue to support the government’s drive towards greater efficiency.

The Government Construction Client Group published a Strategy Paper on BIM in July 2011, which delegates were encouraged to obtain and read. It can be found at https://connect.innovateuk.org