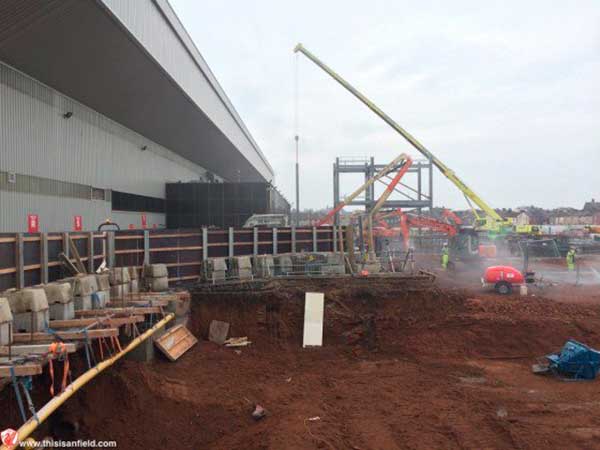 The first steel elements for the £260M redevelopment of Liverpool FC’s famous Anfield stadium have been lifted into place.

More than 4,800t of steelwork will eventually be erected for the construction of a new Main Stand which will increase the stadium’s capacity to 54,000 spectators.

The 21,000-seat stand’s steel frame is scheduled to be completed by June, with work then starting on the construction of the new supporting roof.

Work will then continue throughout the 2015-16 football season, with the new roof being completed above the existing stand.

Once the stand opens in time for the 2016-17 season work will then begin on expanding the Anfield Road end, taking the capacity of the stadium up to nearly 60,000.

The steelwork contractor for the project is Severfield.