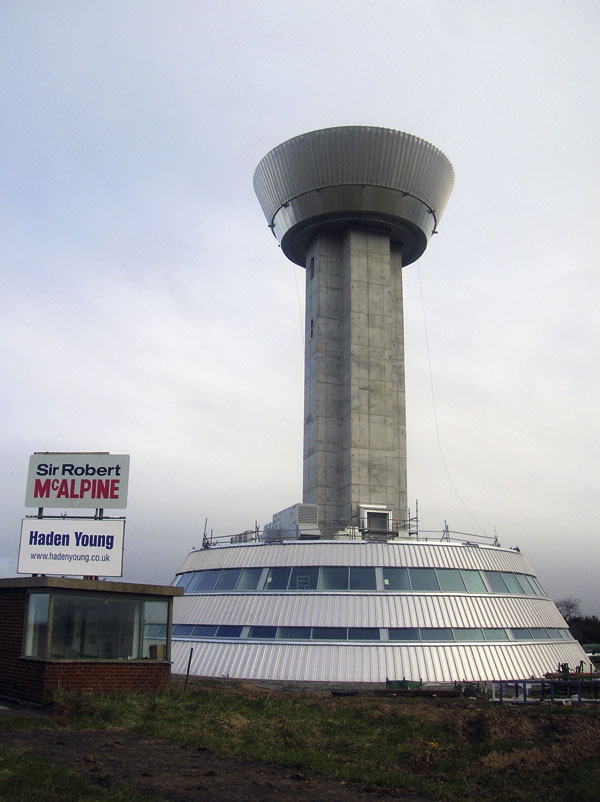 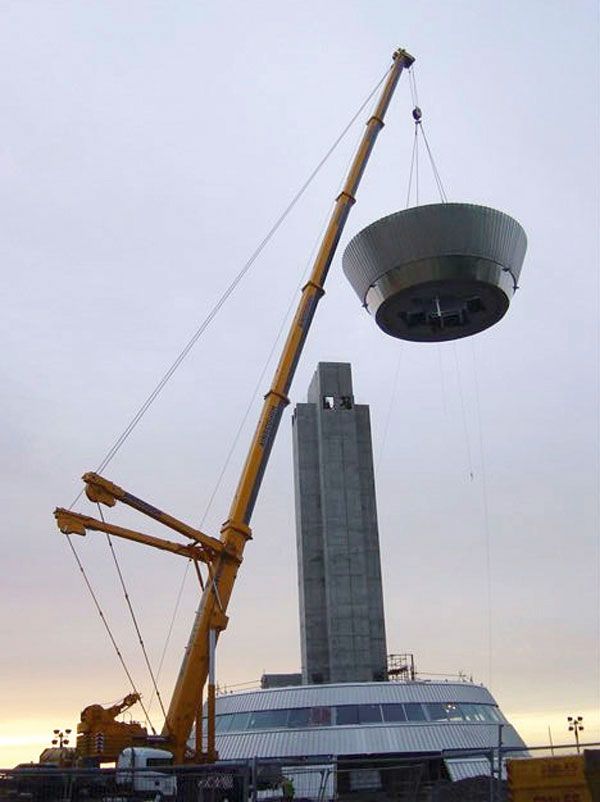 The final steel sections for the new £8.2M control tower at Newcastle International Airport have been lifted into place.

David Jamieson, Rippin Steel Managing Director, said: “We trial erected the top of the tower before bringing it to site. We then re-assembled it at the airport with the aid of a jig and then lifted the entire fully decked and clad 50t section into place.”

Rippin started work on site in Summer 2006 and began by installing low level steelwork for the tower. This circular base is two levels high and has a 32m diameter at the ground which tapers upwards to a 22m diameter.

The low level steelwork was erected around the base of the concrete core shaft which rises to a height of 40m.

The final high level steel element was lifted so it could slip over and around the top of the concrete shaft to very fine tolerances and was fixed into pre-formed pocket connections.

“This upper level of the tower is very complex,” said Mr Jamieson. “It is a heavily welded section which is tapered on elevation and circular in plan.”

Surrounding the middle section of the tower, a net of stainless steel tension wires will be installed to create a curved profile.