20 Years Ago in Steel Construction 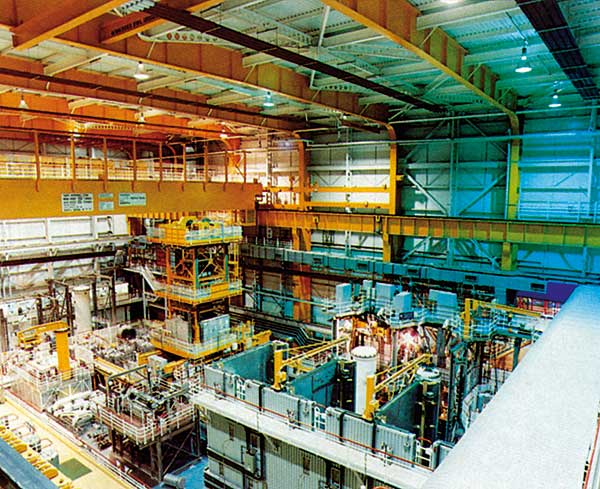 The Thermal Oxide Reprocessing Plant (THORP) at Sellafield in Cumbria is one of the major civil engineering enterprises of the century. The Receipt and Storage facility forms the first part of this project and required in both design and construction the uniquely rigorous standards which exemplify the attention given to safety in the UK nuclear industry.. 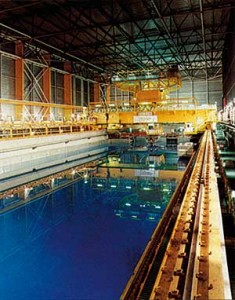 THORP has been constructed to the highest modern quality and safety standards, which include resistance to such environmental conditions as earthquakes and extremes of wind and temperature. Consideration has been given to the effects of possible impact loads arising from the handling of flasks weighing up to 150 tonnes.

The facility will receive shielded flasks containing spent nuclear fuel from a rail head. The fuel is stored below water prior to chemical reprocessing. The principal parts of the facility are the Receipt Building, which is a multi-storey steel framed structure, the Inlet Pond which is a stainless steel lined reinforced concrete structure, and the Storage Pond which is constructed in water-retaining concrete within a steel framed Pond Hall.

The 35m high frame of the Receipt Building has been designed to sustain the lateral forces associated with severe seismic action. This condition required elastic analysis treating the base and eaves joint of the frame as fixed. Economy of material has been achieved by developing the full plastic strength of sections at points of maximum stress and by mobilising the inherent ductility of the steel using appropriate detailing to absorb some of the earthquake energy. Longitudinal stability against wind and seismic action is ensured by the provision of a double line of diagonal bracing. 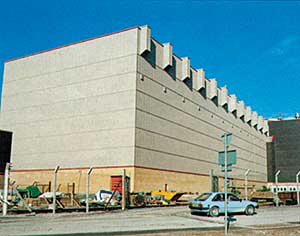 The main transverse frames were fabricated as welded plate sections and all internal steel was fabricated out of hot rolled sections. One unique feature of the design is the provision of a roof spanning 40m over the Storage Pond formed entirely in stainless steel. The deck consists of rolled stainless steel units and the truss is made up of angles pressed out of stainless steel plate. All steel grades were selected to ensure that brittle fracture is prevented at extreme low environmental temperatures. The project incorporates about 4200t of carbon steel and 600t of stainless steel.

The outer cladding consists of ‘Perfrisa’ panels. The cladding and its supports were designed to withstand the wind forces associated with a 1 in 10,000 year storm and as part of the design development for the cladding and its immediate fixings, an extensive test programme was undertaken.

The entire design and construction of the facility has been set against the background of a former statutory safety case requiring the implementation of comprehensive Quality Assurance for all aspects of the work. The facility was commissioned to budget and programme and received its first fuel in July 1998.

The design and construction team devised simple and well-proportioned solutions to satisfy the rigorous and complex criteria. They have achieved a well integrated and high quality heavy engineering structure.