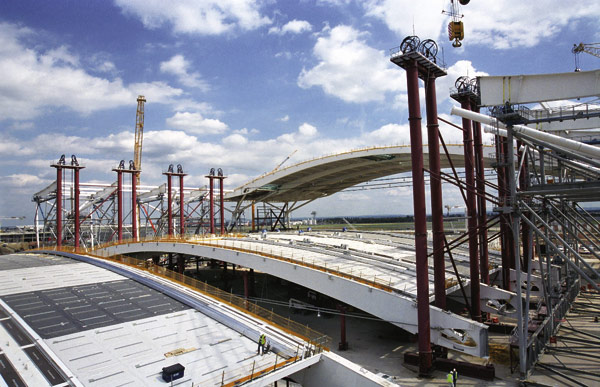 Steelwork contractor Severfield-Reeve says new Kaltenbach KC1200 and KDX1215 equipment, installed in Severfield’s Dalton facility in Yorkshire, enables  the beams to be passed through the coper and drill in a continuous process — producing, in one run, beams with holes drilled and profiles cut. 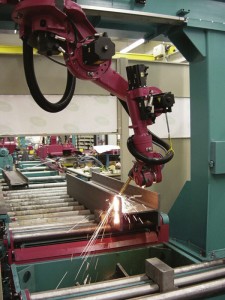 The T5 fabrication also benefited from new software which uses design files to control cutting and drilling of members to almost any contour and combination of holes, with minimal operator input.

The KDX has three axes with five drill spindles and 11.5kW motors per axis, while the KC1200 coping systems have oxyacetylene and plasma cutting heads capable of profiling H, U and L sections.

The T5 structural elements are among the largest ever produced in Severfield’s Dalton plant. Beam flanges are up to 125mm thick and weigh in excess of one tonne per metre.

The T5 structure, designed by architect Richard Rogers, contains approximately 60,000t of structural steelwork, of which 45,000t will be produced by Severfield-Reeve. The remaining 15,000t of complex roof support steelwork is being produced by sister company Watson Steel. The airport is on schedule to open in 2008.