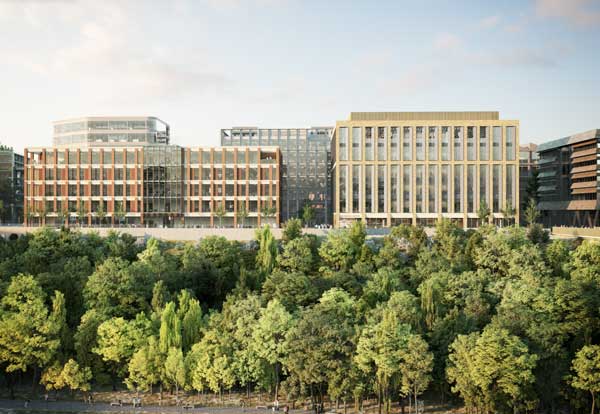 Legal & General, one of the world’s largest investment managers, is backing a city centre masterplan in a £100M deal with Sunderland City Council.

The proposals will deliver three buildings on the former Vaux Brewery site and form part of the wider Riverside Sunderland regeneration project, which currently includes the ongoing City Hall scheme.

The three new commercial buildings, comprising up to 27,800m² of Grade A office space should act as a catalyst for wider regeneration, driving regional economic growth and job creation within Sunderland.

Nigel Wilson, CEO of Legal & General, said: “Sunderland City Council has drawn up a visionary plan for Sunderland; a city ripe for economic growth, having historically lagged behind its Northern neighbours.

“As seen with our other Future Cities investments in areas such as Oxford, Leeds, Bristol, Newcastle and Cardiff, a long-term patient capital injection can completely transform towns and cities. This can have a direct social impact, creating real jobs and supporting real wage increases, whilst creating a virtuous circle by generating income to pay pensioners.”

Chief Executive of Sunderland City Council, Patrick Melia, said the investment represented a ‘serious vote of confidence’ in Sunderland, something that had been secured thanks to the ambition and vision of the council.

He said: “Make no mistake, this announcement is the single most significant investment story to come out of Sunderland for decades.

“We are absolutely delighted that the vision we have created for this city is attracting the enthusiasm, support and most importantly financial backing of one of the world’s most significant investors.”