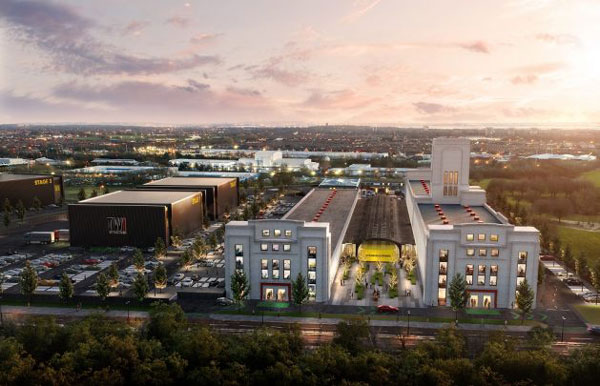 The iconic former Littlewoods Pools building in Liverpool could be relaunched as a film studio.

Developer Capital & Centric aims to appoint a consultant to draw up fixed costs for the 25,500m² scheme, before entering the detailed design phase with architecture studio Shedkm and launching a tender to appoint a main contractor in the autumn.

Under the plans, the Littlewoods building on Edge Lane would be transformed into a hub for the film and television industry. UK-based Twickenham Studios has already agreed to take 7,800m2 of the scheme, and Capital & Centric is in talks with an unnamed education provider that would take the scheme to around 60-70% pre-let.

The property was ravaged by a fire in September 2018 and has continued to lay derelict, with plans shelved pending the resolution of insurance claims and other funding needs. Liverpool City Council owns the freehold of the building and Capital & Centric owns the long leasehold.

Built in 1938, the building was home to the Littlewoods Pools, the precursor to the National Lottery, and employed hundreds of people in Liverpool. It also played a key role in World War II, manufacturing a variety of items for the war effort, including five million parachutes.

Steve Rotheram, Metro Mayor of the Liverpool City Region, said: “Given the economic impact that coronavirus has had on our region, establishing ourselves as an international hub for film and TV with world-class facilities will be a really important string to our bow.”