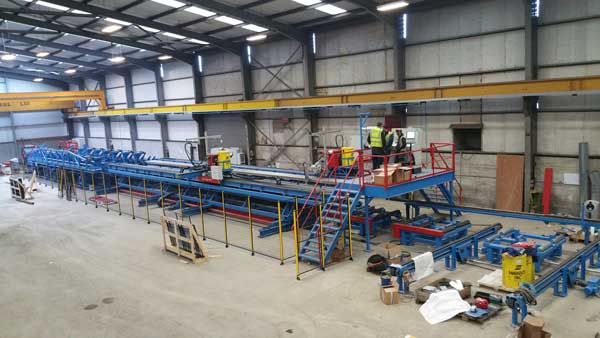 Known as the SIN system, the production technology has been imported from Austria. The product, known as SIN beams, are said to combine long spans with a very low weight.

Having started production, KSS said it is now able to supply the beams to customers in the UK and Ireland. 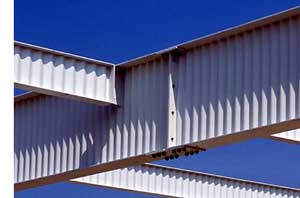 Dimensions, material thickness and material quality of the upper and lower flange as well as the web are precisely adapted to the customer’s respective requirements.

“The maximum length of a manufactured beam is 16m, but the beams can be spliced to make longer sections. An open span portal frame has been made in Austria spanning 56m.”

The depth of sections varies from 350mm up to a maximum of 1,580mm, with a 400mm maximum width of flange. Sinusoidal corrugation of the web is standard no matter the depth or the width of the beam.