Centrepiece stadium up and ready 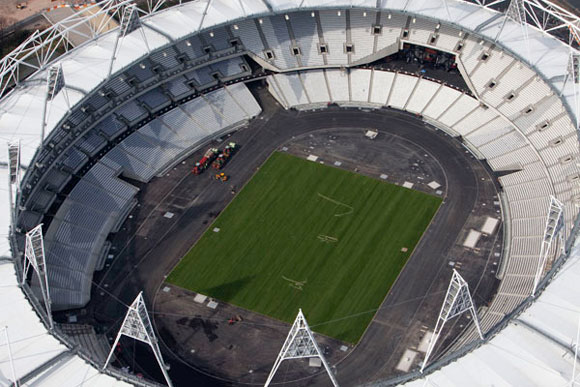 The London 2012 Olympic stadium has been completed on time and under budget, emerging as a shining example of how the city is primed to host the greatest sporting show on Earth.

On a former run-down industrial site in Stratford, east London, the lightest Olympic Stadium ever built has now been completed. Containing a little over 10,000t of structural steelwork, the project stands as a testament to steel’s speed of construction and ultimately its flexibility.

Once the games are over, the 80,000 capacity stadium can be demounted, with the upper tier being removed, leaving a legacy venue with a 25,000 capacity. However, in February West Ham United Football Club and Newham Borough Council won the right to convert the stadium into a football venue, incorporating the athletics track. Consequently these design plans and changes have yet to be finalised, but needless to say, the choice of a steel frame for the initial structure will aid whatever alterations are to be made. 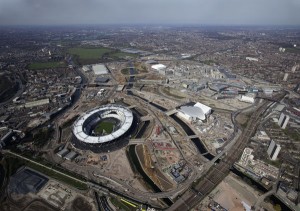 Steelwork has played a prominent role during the construction programme and 112 steel rakers were installed to support the two tiers of seating. Circling the stadium at high level, a steel roof compression truss, made from 28 individual steel sections, each one 15m high by 30m long and weighing 85t, supports a cable net roof and 14 lighting towers.

As the centrepiece for the Games, the stadium will host the opening and closing ceremonies as well as the athletics programme. It sits on 40 acre island site which is surrounded by water on three sides. Five new steel bridges have been erected to enable spectators ample access to the site, as well as providing views across the Olympic Park and London. 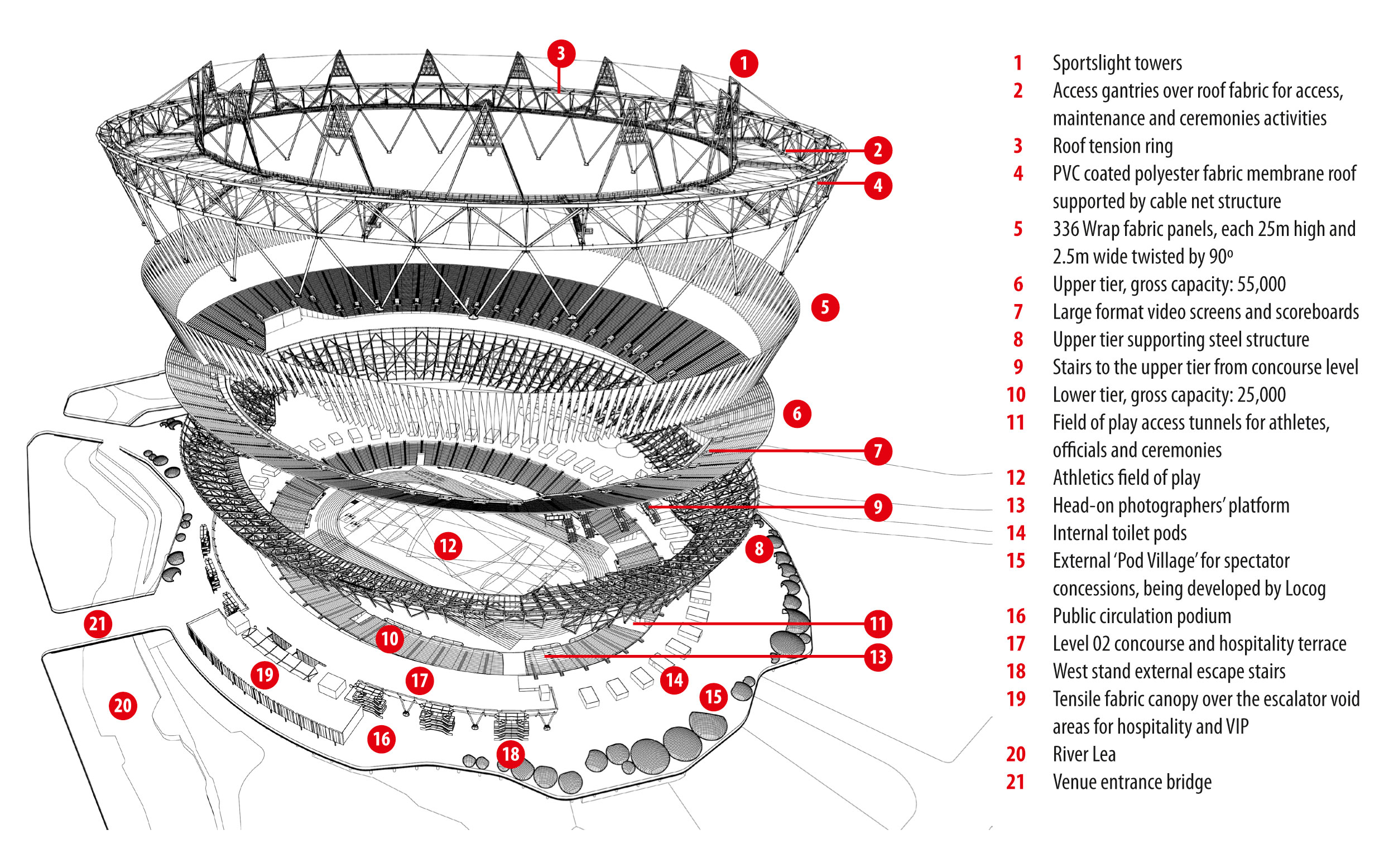