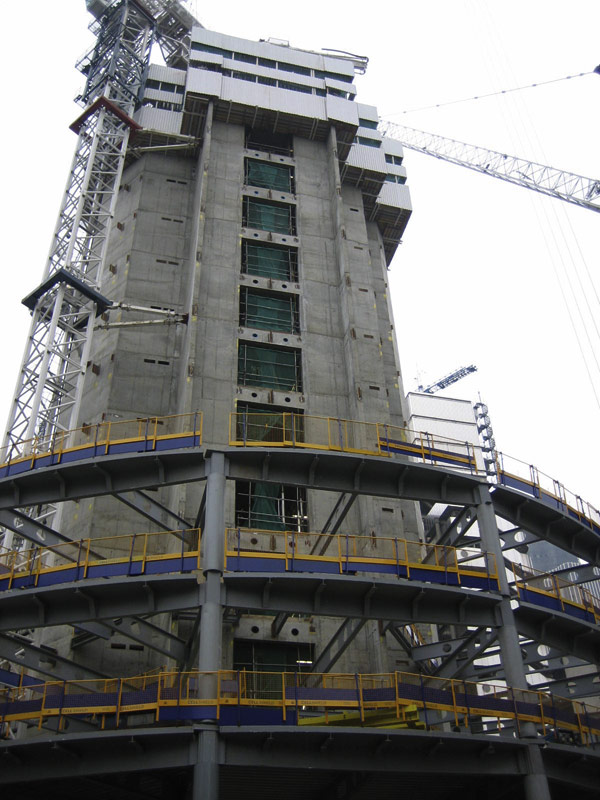 Steelwork is fast emerging from the ground at the latest high profile, high rise building to be constructed in the City of London.

51 Lime Street is a 29 storey development designed by architect Foster & Partners that will provide a total of 701,062 sq ft of office and retail space at the heart of London’s traditional financial district. The new development – made up of two linked buildings – is being built on the site of the original Lloyds building and very close to Foster’s Swiss Re tower. Developers British Land and Stanhope have already pre-let the office space to international insurance group Willis.

The larger of the buildings is a fan-shaped tower that steps down in three terraces from 29 storeys in height to 16 storeys. This will be linked by a public plaza at ground level to a 10 storey tower. Both buildings have curved elevations.

Construction of the development is being led by Mace. Working with engineer whitbybird, the construction manager opted for a steel frame rather than post tensioned concrete to minimise weight and simplify foundation design. Innovations include bespoke beams made from plates rather than rolled sections and prefabricated decking. Mace project director Nick Moore says the solutions devised for the project have “all worked extremely well”.

William Hare began steel erection in September, and has now reached the fourth floor of both buildings, with around one third of the development’s 6,000 tonnes of steel in place. Much of the steel that has been placed is in the two basement levels.

Steel erection on the fast track project is due to finish in June this year, with the entire development completed to shell and core by Christmas.