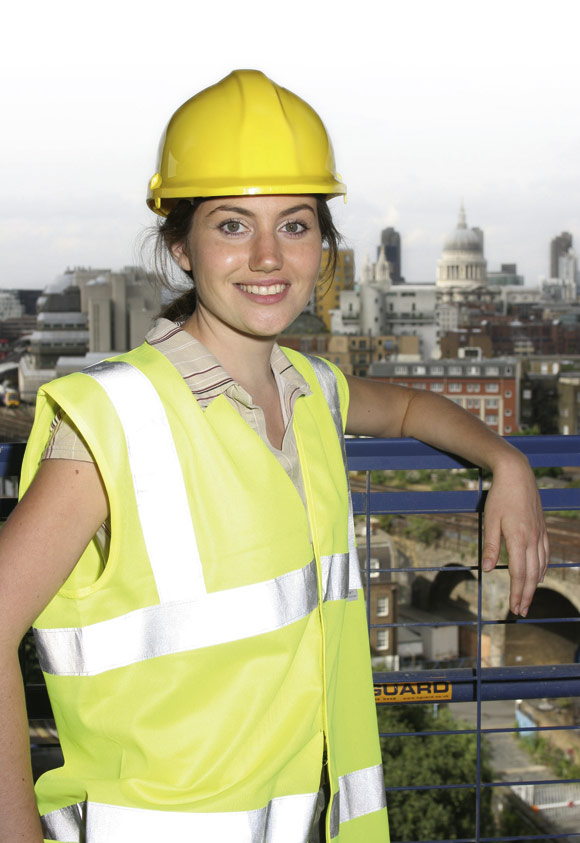 Young Structural Engineer of the Year Sally Preston displays both confidence and competency – and an already well developed appreciation of the uses of constructional steelwork as Ty Byrd discovers.

Apart from being an extremely bright young structural engineer, Sally Preston, 27, is both pleasant and polite. She just about stifles a small sigh when asked, at the beginning of her interview for this profile, what her title is. “Ms,” she replies. No, what is her professional title? “Oh, Senior Engineer with Buro Happold,” she says, smiling at her mistake. You get an early sense she is expecting questions that are gender based and that she does not much approve of them. “That’s right,” she says. “I think construction (via its press) shoots itself in the foot every time it reaffirms ‘the challenges faced by women in such a male dominated industry. Once a woman has proved herself, construction in general – and structural engineering in particular – is great. Emphasising this would encourage more females into engineering and result in much more talent becoming available to the industry.”

That Sally Preston is talented herself was recognised last November when she was presented by the Institution of Structural Engineers with its ‘Young Structural Engineer of the Year’ award. This is made to a young engineer ‘who has demonstrated outstanding performance and who shows exceptional promise for the future’. Sally got her award for the part she is playing in the Palestra project, the 12 storey office development in London’s Waterloo (NSC April 2005).

“Getting the award was just fantastic,” Sally says. “Quite apart from everything else, it looks good on my CV.” She is not looking for her next career move just now, she says, as she continues to enjoy life with Buro Happold “and I still have much to learn from the firm”. But the ambition shines out of her and it would be no surprise in a decade or so to see an innovative structural engineering practice bearing the name Buro Preston, or some such, headed up by herself. “That is what I would really like,” she says. The intention to run her own business is possibly genetic: her father is civil engineer Ian Preston who is managing director of design and build steel bridge company CTS of Huddersfield, which he founded. She recalls: “Dad actually advised me against becoming an engineer because the pay is rubbish.”

Nevertheless, Sally took a four years masters degree in structural engineering and architecture at Sheffield University. She leaned at this stage towards architecture but on graduating decided first on a year in structural engineering – which has now stretched to five years. “Structural engineering, especially with a firm as creative as Buro Happold, is an intensely satisfying discipline. Problem solving comes into it, of course, but so does constructability and also aesthetics. I get the opportunity to make sure structures have a form that is easy to build, that stand up and continue standing, and look good.”

She has spent most of the last four years on Palestra, a £68M development described as structurally very challenging. “I worked on the structural design, then on site, and my role has grown as I gained experience. I have managed the project for the last 18 months.” She waxes lyrical about Palestra’s structure, particularly its raking columns, composite cellular beam floors and the integration of structure and services. She displays a tremendous enthusiasm, in a vaguely sardonic manner. Most of all, she demonstrates ease with her ability. She is bound to go far.