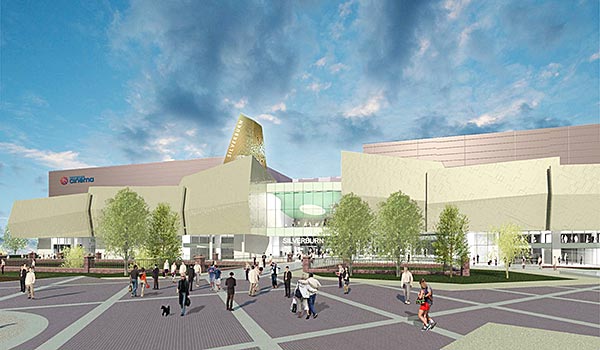 Steel erection has started for a 14 screen Cineworld cinema complex at the Silverburn shopping centre in south Glasgow.

The £20M extension will also include nine restaurants, a bingo hall and retail units. Steelwork contractor Walter Watson will erect approximately 1,600t of structural steelwork for the project during a 16 week programme.

Graham will also redesign and remodel a section of the internal winter gardens within the existing mall at Silverburn as well as creating a new taxi rank, extending the bus station canopy and installing new paving between the new extension and the Pollok Civic and Leisure Centres.

Silverburn opened in 2007 on the site of the former Pollok Centre and is one of the largest retail destinations in Scotland. Severfield-Watson Structures erected more than 10,000t of steel for this initial scheme.