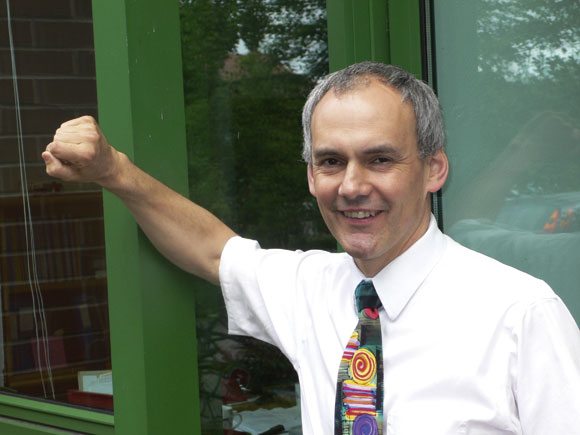 Charles King – well known in Britain and on the Continent for his intellectual prowess, deep understanding of steel structures and the wearing of outrageous ties – is emigrating to Canada. Ty Byrd asks him why.

Most engineers do not walk away from secure employment and emigrate at the age of 55. But then Charles King, the Steel Construction Institute’s outstanding Senior Manager for Standards, is not like most engineers. For a start, his neckwear marks him out as a man apart. The words ‘dropping’ and ‘acid’ spring to mind when considering the state of being of who ever designed his ties. Less immediately obvious – but apparent as soon as he begins to speak – is what colleagues describe as an unparalleled knowledge of steel behaviour and the most profound feeling for steel structures, including those built to orbit Earth. He also has itchy feet and a determination to seek new challenges. Hence the decision to move to British Columbia.

“I shall be working for the bridge consultant Buckland & Taylor in Vancouver – a rare opportunity for someone of 55,” he says. Buckland & Taylor is a talented designer of bridges: the cable stayed Arthur Ravenel Jr Bridge with its 471m main span is one of the firm’s structures. “They have a lot of bright engineers but a number of key senior people are nearing retirement age. They need someone now who understands the fundamentals of steel and structural steel design and it seems I meet their requirements. The professional prospects are exciting and the personal ones too: life in Canada appeals to both me and my family.”

Canada’s gain is Britain’s loss, and Europe’s too. At the SCI, Charles King has been the ultimate authority on structural stability and structural mechanics plus the principal trouble shooter of design problems. He has managed the Codes & Standards department and played a substantial part in developing national and Euro steel codes, notably BS 5950 and EN 1993-1-1, for both of which he subsequently published application guidance.

He is well known and respected on the European circuit. At home, his design guides are acknowledged as first class and practical, particularly those seminal ones in the areas of portal frames and curved steel. And there are comparatively few people in the British structural steel sector who have not attended SCI training courses ably and entertainingly presented by Charles King.

“Charles has a fine engineering mind, well suited to contemplating complex matters and solving structural conundrums,” says SCI Deputy Director David Brown. “He’s much appreciated here by his colleagues, especially the non-engineering ones who are never fazed by him. Quite apart from being a really nice guy, he’s brilliant, not least at explaining complicated things in layman’s terms.”

“I may have been born with some structural intuition, some inherent ability to break complex structures down to their component forms which can be more easily analysed,” Charles King says. “If I was, then the man who developed this in me was Professor Arthur Bolton, my structures lecturer at Heriot Watt University in the early 1970s. His name doesn’t appear on many papers – he was a modest man – but he was a structural engineer of greatness, not least at reducing difficult matters to solvable problems. He was also clear in demonstrating that, in analysis, you should look at main features and not worry about the tiny details.” 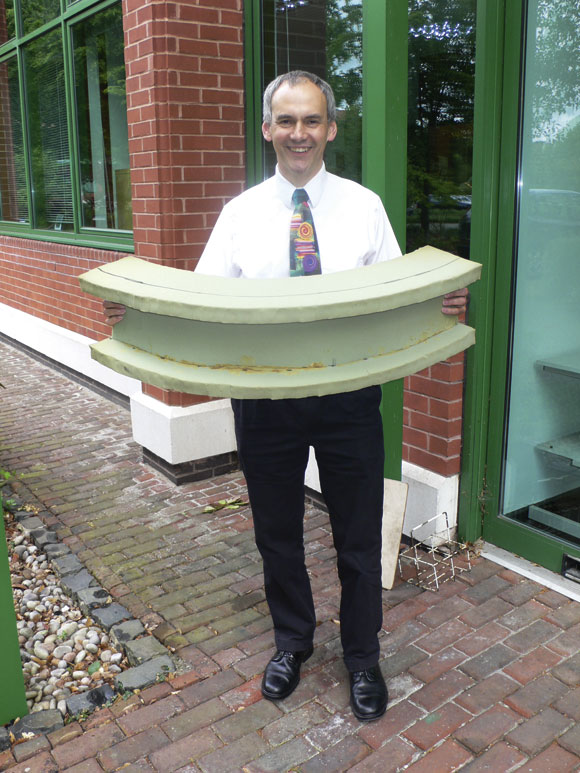 Charles ended up with a first class Honours degree from Heriot Watt, plus the Watt Club Medal for his level of academic achievement. (Later he was to gain an MSc – awarded with distinction – and DIC from Imperial College and an MPhil from the University of Sheffield. He is currently pursuing an PhD at Sheffield, in the design of columns for axial compression and end rotation.) Beyond Prof Bolton, he pays tribute to certain other men who he believes have helped him develop as an engineer and person. They include Mike Fothergill, with whose structural engineering practice Charles spent valuable time in the 1970s. Mike already excelled at concrete, hence his young colleague’s dedication to steel.

Another was David Manton, met up with when Charles joined Dorman Long. David was chief engineer, hugely able in electrical and hydraulic as well as structural engineering. He was a frightening, demanding man, highly effective at driving jobs forward. His creed was: “We’re an intelligent bunch: what ever the problem, between us we can crack it. So let’s get going.” Pete Halliday (an engineering colleague at MJ Fothergill Associates) influenced Charles King in a different way.

Pete was a practising Christian who never said anything particularly evangelical but seemed to Charles a better man than he was, living a better kind of life. He subsequently discovered his own faith and – as an immensely beneficial added bonus – met his wife Stephanie while attending church. They have four children, Chloe and Henry, now young adults, and the teenage twins Joshua and Nina.

Charles King worked for a number of companies over the years, both at home and abroad, on the design of numerous complex structures. These included buildings, aircraft hangars, bridges, caissons and (wait for it) satellites, the latter for British Aerospace in Stevenage, and Matra Espace in Toulouse. Consider these words from Charles’ CV, describing his activity between 1986 and 1993: ‘Design for quasi-static, sine vibration, random vibration and acoustic loading of satellites and launch vehicle components (Ariane 4) in carbon fibre re-inforced composites, aluminium, titanium and other aerospace metals…..structural failure criteria including ultimate stress, ultimate strain, fatigue and fracture’. Not bad, eh?

In 1993, as work in France was coming to a close, Charles was offered and accepted a senior position at SCI, where he has remained for 13 “happy, productive and fulfilling years”. So, has anything changed at the institute to help prompt his emigration? “The serious problems of the last decade or so have largely been solved – and there are no great projects left to research, none that anybody’s funding, at least. I need fresh challenges. And with my peripatetic background (his father was in the RAF, rising to Air Vice Marshal), moving around really is in my blood. Canada is good for me just now, and for Steph.”

And the outrageous ties? “They’re actually chosen for me by my wife and children. I wear them for a bit of fun, for the same reason that – when lecturing on Eurocodes – I present these as items on a French menu. It’s a sad day, when you can’t have a bit of fun.”