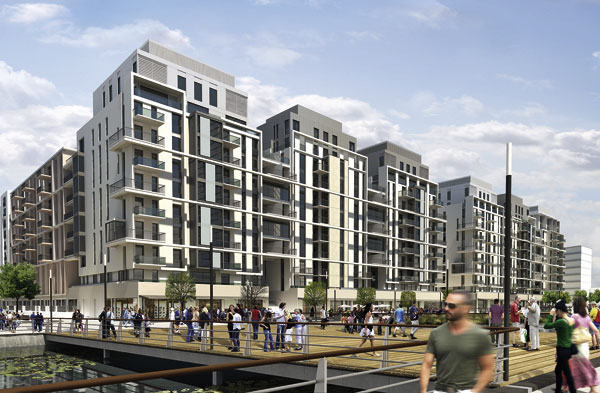 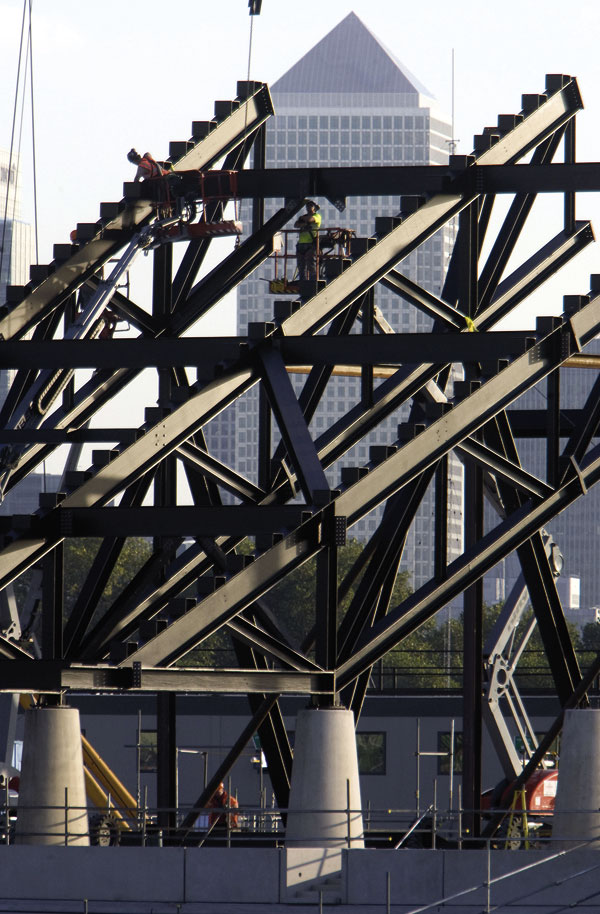 Steel terracing supports, each weighing 35t, have begun to be lifted into place above the podium level to hold the 55,000 seats in the upper tier.

Work started in early October on the south stand and 112 steel rakers will be erected around the stadium podium over the next nine months.

The 40m long rakers have been fabricated at Watson Steel Structures’ factory in Bolton and are being delivered to site in sections, bolted together and lifted into place by a 200t capacity crawler crane.

Olympic Delivery Authority Chair John Armitt said: “People will now start to see the skeleton of the stadium from miles around, giving a real indication of the sheer size and scale of this flagship venue.”

Work started in September on the 200 rakers and 12,000 pre-cast concrete terracing units for the lower bowl which holds the 25,000 permanent seats within the stadium.

Towards the end of the year, the podium slab around the west and south stands will join up with the raised ground level on the north and east stands, creating a concourse around the entire stadium.

Work has also recently begun on the Olympic Village and a selection of leading architects are now in place for all residential plots. Designs were published in October showing the residential schemes (top) as well as the courtyard area, pedestrian walkways and open areas.