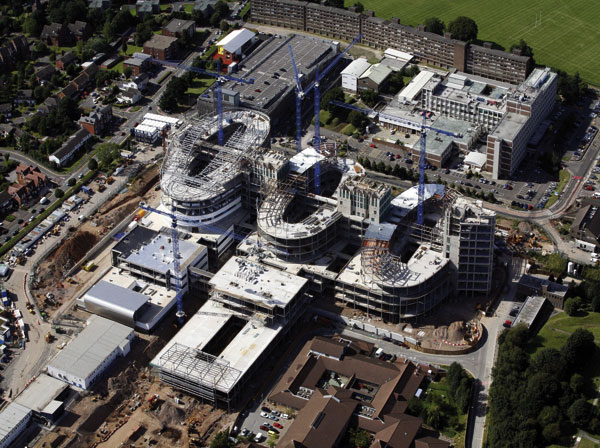 Structural steel is fulfilling a key role in the progress of the Birmingham New Hospitals Project which is currently under construction by a joint venture between Balfour Beatty Construction and Haden Young, the building services arm of the Balfour Beatty Group.

The new Acute Hospital has three distinctive towers which will make a prominent addition to the city’s skyline and provide state-of-the-art medical facilities for the University Hospital Birmingham NHS Foundation Trust and the Birmingham and Solihull Mental Health NHS Trust.

A total of 12,500t of steelwork is being fabricated, supplied and erected by Severfield-Reeve for the project. To date, approximately 90% of this has been erected, while cladding and internal fit out is well under way.

Completion of the project has been set for autumn 2012, and in the next four years the JV will erect the towers of the hospital and construct the mental health facilities around them, provide a large car parking area and refurbish some of the retained buildings – at a total cost of £570M.