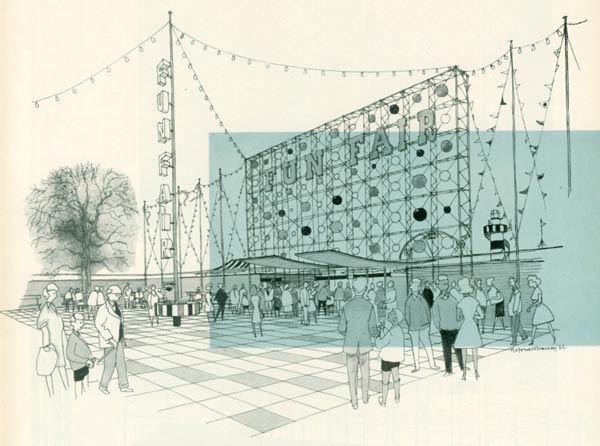 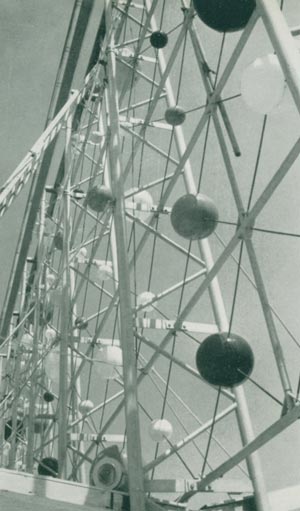 Slenderness, lightness of appearance and speed of erection – all these advantages of steel construction are highlighted by the new Port Talbot amusement park at Aberavon Beach.

When John Hart Enterprises Limited was named as the successful bidder out of 83 entertainment contractors who tendered for the development planned by Port Talbot Authority, speed was of the essence, the contract having been let early in 1963 and the opening planned for the summer.

Steel was used for speed of erection, the contract involving some 159 tons of structural steelwork in all. Initial discussions concerning the steel frame design were held with the architect on march 5th, and the first building – comprising stanchions and castellated beams for the stalls – was completed on site 31 days later, on April 5th, and by April 23rd the 50 tons of steelwork for the two storey arcade had been completed, as had the pyramid feature and the entrance feature.

The restaurant block consists of a concrete portal structure at ground-floor level with a steel frame for the upper storey; the 60 tons of steelwork were erected during the last week of April. Steelwork for the final block of stalls was completed the following week, by May 6th.

Adding to the colourful aspect of the amusement park are the many flagpoles, also of steel, which support strings of lights.

Architects for the development were Evan W Ebury and Partners. 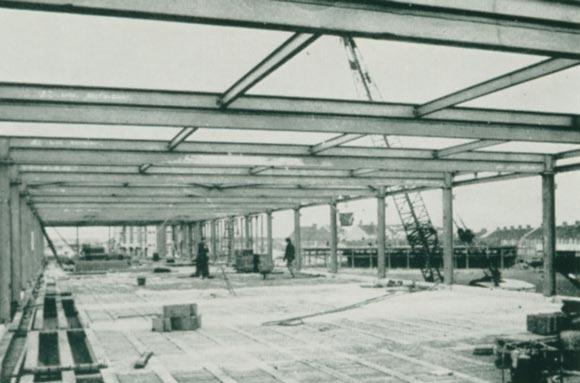 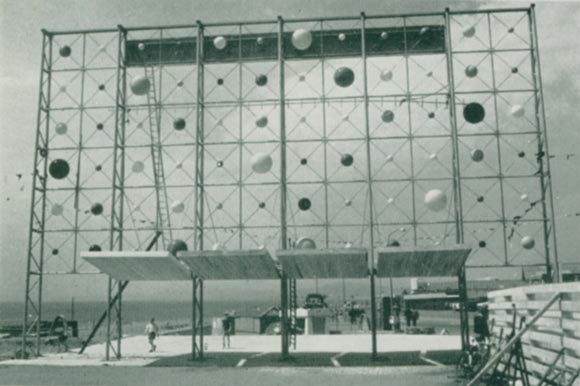