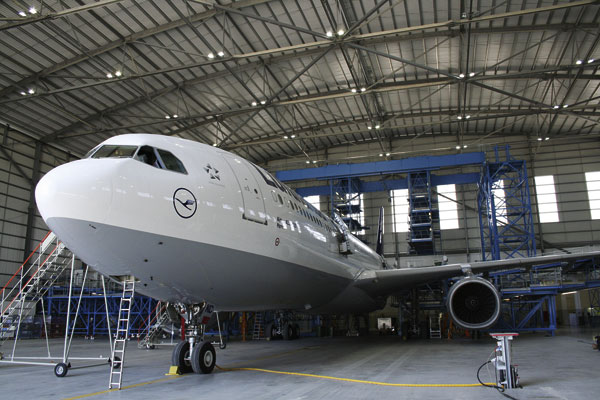 Dorset-based steelwork contractor John Reid & Sons (Strucsteel) has been named as  one of the winners of the Queen’s Awards for Enterprise 2009, the fourth time the company has landed this prestigious accolade.

John Reid won its first Queen’s Award in 1985 and picked up further Awards in 2006 and 2008. It now holds three current Awards for international trade – a rare achievement – for the design and manufacture of such structures as aircraft hangars (left), industrial steel-framed buildings, bridges and communication towers.

Clients are offered a complete package including cladding, glazing, doors and other fittings which are engineered to fit easily together. Many of its projects have to factor in local conditions and climate, with many of its structures earthquake and hurricane proof.

“Manufacturing has been neglected in recent times, but we’ve always invested heavily in training.”

In one year, since its 2008 Award, the company’s export earnings have increased by 87% from its markets in 140 countries worldwide.