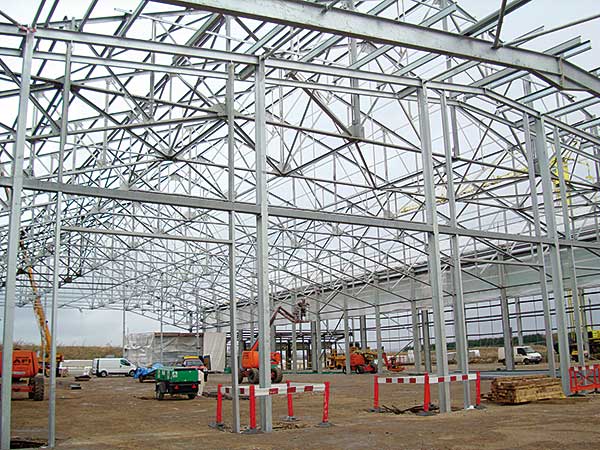 Steel construction has played a vital role with the successful rebuild of the fire damaged Wealmoor fresh produce packaging warehouse in Atherstone, Warwickshire.

The facility hit the headlines in November 2007 when a devastating fire gutted a large portion of the warehouse, while four firemen were tragically killed putting out the blaze.

Wealmoor had been working out of a temporary depot during the rebuild programme, but has now relocated all of its employees back to its enlarged former premises.

“The main building is attached to the part of the existing warehouse which didn’t burn down,” said Gareth Skelton, Caunton Contract Manager. “For the old building we supplied new steelwork, a service gantry, along with a brand new gable end.”