River Cam gets first crossing since 1971 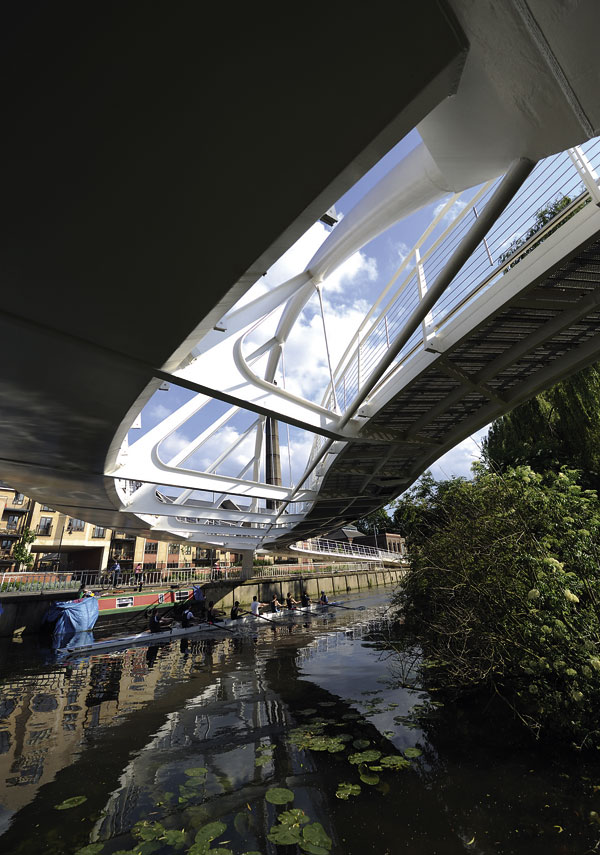 A new £3M bridge for cyclists and pedestrians over the River Cam is the first new river  crossing in Cambridge since 1971 and provides a much-needed link between Chesterton and the city centre.

The bridge was designed and engineered by Ramboll Whitbybird, and the rest pods were designed by the artist Gerry Judah.

Structurally, the bridge’s arch is divided in two, providing a cycleway rising on the highpoint while the pedestrian route levels out.

On the main span of the 200m-long bridge the segregation between pedestrians and cyclists is further suggested by a change of material in the deck surface.

The pedestrian path is formed in lightweight perforated aluminium planks supported on cantilevered steel arms, while the cycleway is a resin bonded gravel surface on a structural steel box deck.

The project was led by Balfour Beatty Civil Engineering, with Watson Steel Structures as steelwork contractor and WS Atkins as client agent.