Recession a driver for change 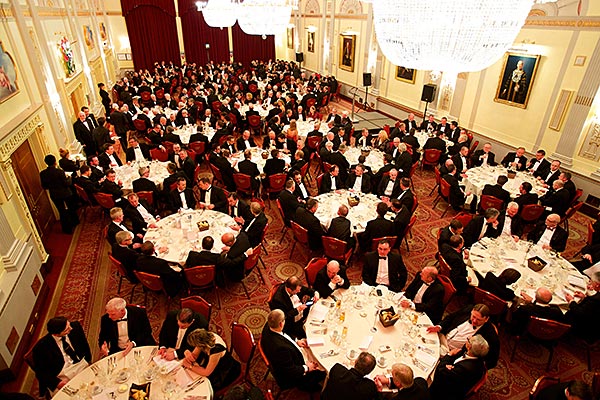 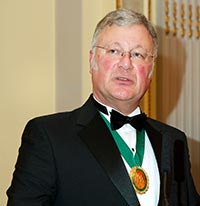 Mr Roberts said: “I have previously highlighted our ability as a sector to adapt and survive, and I’m pleased that we can finally say that there is light at the end of the tunnel.

“It’s certainly been a long time coming, and there’s no doubt that trading conditions are still mixed for many BCSA members.

“But after reaching a low point in 2013, the consumption of structural steelwork is forecast to increase in 2014.”

Mr Roberts said the recent difficult years had brought out good qualities in many members, creating a driver for change and a search for new ways to do things better. The steel sector remained in good shape to respond to any increase in demand and members were investing in skills and improved systems.

“We need to harness our collective energy to drive change, and capitalise on the Government’s realisation that economic recovery for the UK will be built on manufacturing, built on infrastructure and built on construction,” he said.

Mr Roberts said more streamlined and effective procurement processes were needed. Filling out the same information in a multiplicity of prequalification forms was costing his business upwards of £20,000 a year. There was a danger of the burden becoming even more onerous as the industry moved towards introducing Building Information Modelling.

Mr Roberts said the introduction of Project Bank Accounts on government projects was proceeding faster than anticipated, helping industry cash flows.  But the industry had to remain vigilant that the ground gained with PBA’s and in other areas was not lost as main contractors argue against mandatory payment terms.

The steel sector had focussed on the regulatory, quality and skills requirements of CE Marking which is being introduced on 1 July. The efforts made had improved quality across the sector, he said.

BCSA’s CRAFT certificate scheme had been developed to provide an alternative training route via an industry approved scheme. Steelwork contractors will be able to take on more trainees using on the job training as a result. 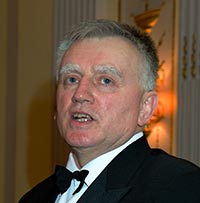 Guest speaker Crossrail Technical Director Chris Sexton (above) described the scale of the engineering success story currently being achieved under London’s streets as the Crossrail project passed its half way stage.

Crossrail is the biggest infrastructure project under way in Europe, designed to carry 200 million passengers a year. It was on time for completion in 2018 and within its £14,800 million budget. The crucial tunnelling operations – 42 kilometres in total – will be completed this year: “We are on the cusp of finishing the main civil engineering works,” he said.

The project had gone well and important lessons had been learned that could benefit other projects as well as the second half of Crossrail. Offsite manufacturing had been a ‘massive help’ towards improving safety and there had been programmes aimed at altering behaviour in safety related directions and much had been learned.

The importance of design and construction teams communicating better with each other was something that the industry has to recognise more fully and do something about. Simplifying processes like removal of spoil from tunnels was a good way to take risk out of the project.

Mr Sexton concluded: “The vision of a world class railway is in sight.”