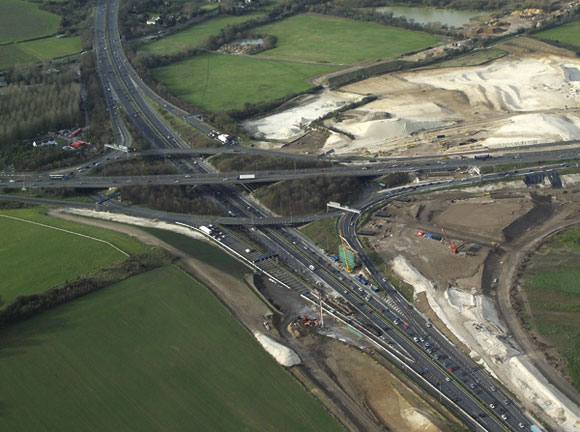 The busy M25/A282 junction in north Kent is undergoing a major improvemen which includes widening both roads as well as the adjacent A2, and constructing new free flow links.

Carrying one of these link roads for westbound A2 traffic onto the northbound M25 will be a new 450m-long viaduct.

This steel structure, sitting on eight concrete piers and two abutments, is one of the projects main elements and will require approximately 2,000t of steel.

Steelwork contractor Fairfield-Mabey has begun assembling the braced girders for the bridges decks. 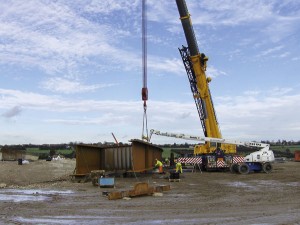 Work has started on assembling the braced girders.

Working in conjunction with main contractor Costain, Fairfield has worked out seven optimum positions for one 1,000t crane to lift most of the bridge decks into position.

Fairfield-Mabey, Project Manager Gordon Taylor said: “Because of the configuration of the roads over which the bridge will go most of the spans are different lengths, with the longest at 65m and the shortest at 39m.”

All of the steel is weathering steel and the decision to use it was taken on the basis of whole life costing, said Mr Taylor.

“This type of steel doesn’t need repainting as that operation at a later date in the middle of the M25 would have meant partially closing the motorway,” explained Mr Taylor.

Fairfield-Mabey will partially erect the viaduct between February and April, with the final sections being lifted into position in June and July.

The company is also supplying and erecting a further 2,000t of steelwork for three more smaller viaducts carrying free flow links at the junction.