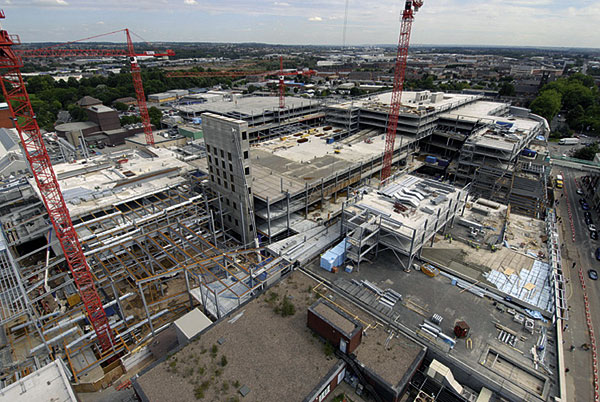 The £330M redevelopment of the Westfield Derby shopping centre is forging ahead and will eventually require more than 11,500t of structural steelwork.

The overall project consists of a major refurbishment of the existing Centre and the construction of a new build section which will include more than 100 shops and two large anchor department stores, a 12-screen cinema complex and a variety of restaurants and cafes.

Steve Dobbs, Project Director for steelwork contractor Rowen Structures said the majority of steel erection in the new build section should be complete by the end of October.

“The new part of the shopping centre will directly connect into the existing centre,” he said. “Our steel erection has mostly involved installing beams, columns and heavy trusses.”

The project owner, developer and main contractor is Westfield Shoppingtowns.

Due to open in late 2007, Westfield Derby will provide more than one million square feet of new and upgraded retail space.