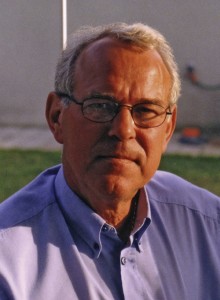 Russell Barnshaw, Director of Barnshaw Section Benders and a Roundo customer, remembers Mr Kajrup as a hard working engineer who came from small beginnings, to run the number one producer of bending machines in the world.

Mr Kajrup’s involvement in the sector dates back to the 1960s when he was a design engineer at Kumla, a bending roll company in central Sweden. Towards the end of the decade he joined a small engineering company in Hassleholm, southern Sweden, and it was while working here that he came up with a unique design for bending roll.

He introduced a design with a single hydraulic motor that drove a gear that engaged with two other gears in a planetary arrangement. Up until this time all bending machines were of the pyramid type – with fixed bottom roll centres and only a two roll drive – whereas his machine had a third driven roll.

The company started manufacturing machines along Mr Kajrup’s design, and later he went forward with a management buy-out and became Owner of what became Roundo.

In the early years the firm produced only small bending machines, but in the 1980s it introduced larger units to curve large structural sections, universal/wide flange beams and round and square tubes.

Mr Kajrup is survived by his wife, daughter and son Ola who is continuing the business.