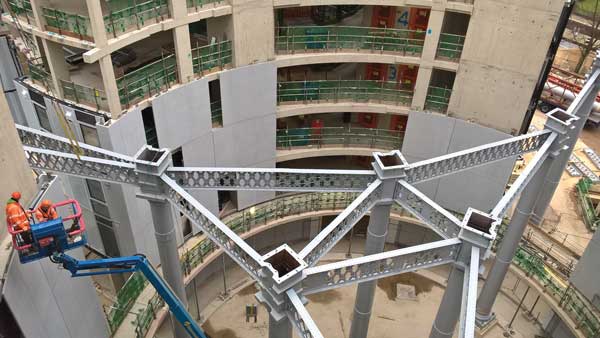 Three Victorian cast iron gas holders have been refurbished and are now being re-erected as part of a residential development at Kings Cross, London.

Bourne Steel has been contracted by main contractor Carillion to erect the gas holders as independently-standing feature structures around three circular residential blocks that will contain 144 apartments.

The erection process is challenging and care has to be taken to not damage the cast iron columns and beams, as they are fragile.

The gas holders also have to be re-built in a certain sequence as they are not tied back to any existing or new structure. In total there are 41 columns, each approximately 14m-tall, to be erected, along with connecting lattice beams and guide rails.