Government ‘will use Olympics to push sustainability’ 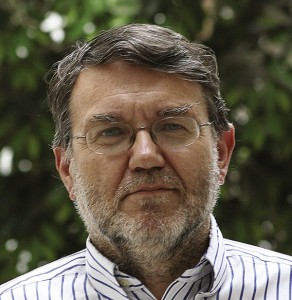 The Government will use the 2012 Olympics as a way of pushing the construction industry to adopt sustainable practices, a prominent UK structural engineer told the National Association of Steel Stockholders autumn conference.

Arup Director and Steel Construction Institute council member Martin Manning welcomed the BCSA’s decision to introduce a sustainability charter, but added that the construction industry in general was reacting to the sustainability agenda rather than driving the discussion.

Mr Manning said that pronouncements on the Olympics and development of the Thames Gateway had convinced the design community that the Government and London Mayor Ken Livingstone were intent on applying the ideas of the London Sustainable Development Commission. This would be a logical extension of the whole approach adopted by the London 2012 bid, in which regeneration and legacy issues were pushed to the fore.

Mr Manning added: “I think this will change the industry dramatically for the good.”

The LSDC’s sustainable development framework document’s objective is to “achieve environmental, social and economic development simultaneously”, without improving one to the detriment of another. One of the principles of the framework is to “limit and deal with pollution, and use energy and material resources prudently”.

Mr Manning said: “As an industry we’re not very good at getting together and thinking about what sustainability means: instead we’re waiting for the government to tell us.” Speaking to NSC, he added: “I would be happier if we were out there contributing.”

Arup is involved three projects for the 2008 Beijing Olympics: the main stadium, the aquatic centre and the media centre, involving 100,000t of steelwork apiece, as well as the airport extension. The designs, he argued, are intended to show that the Chinese industry’s skills are the equal of the West’s.

By contrast, the Stratford Olympic buildings would not be about demonstrating design flair for its own sake but “about doing the right thing”.