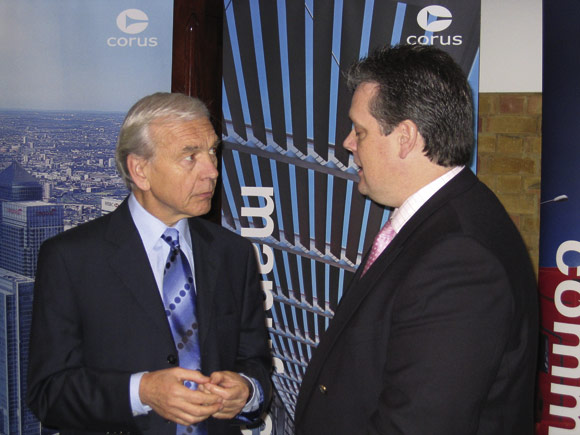 Steel construction is enjoying robust health with output up 7% this year, and is looking forward to a future brightened by the prospect of a demand for 250,000t of steelwork for the London Olympics alone, said BCSA President Donal McCormack in his opening address to the 2005 Steel Construction Conference & Exhibition (click here to see the report).

Mr McCormack made a plea for improved communications along the supply chain, as existing delays in the flow of information were a serious problem. He also promised that steel’s sustainability credentials would be even further enhanced when the industry’s 100% recyclability target was achieved.

In his keynote address to the conference, held in London in November, Richard Elliott, Head of Construction at British Land, a property company with a £12,500M portfolio, said achieving sustainability objectives were increasingly key to the success of developments and it was embedded into every British Land project. Steel had obvious advantages for developments, he said such as permitting off site fabrication which allows safer working environments and development of local skills. Productivity is increased and waste reduced.

Using steel can reduce transport needs and allows easy future modification of buildings: ‘It reduces the need for wholesale redevelopment,’ he said.

Television and radio presenter John Humphreys whose opening comments noted the continuing favourable outlook for steel chaired a lively debate on the future construction market. Panelists included BCSA Deputy President Richard Barrett who, answering a question from the floor, said that the growth of design and build was a factor in the recent success of steel. ‘Inevitably contractors look for a competitive solution so choose steel frames,’ he said.

Several new products were launched at the well attended exhibition that ran alongside the conference (report to follow in NSC February).