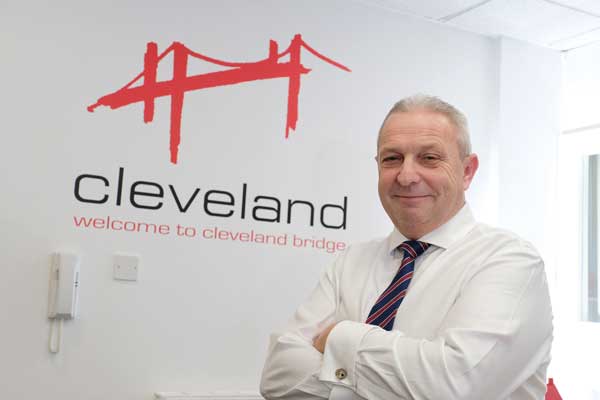 Steelwork contractor Cleveland Bridge is to open a South Wales office in Newport that will deliver sales, design, engineering and project management functions, creating up to 12 new jobs.

The company said the office will also provide a hub for the company’s employees who live in Wales to dedicate their support to projects in Wales and the South West of England.

Cleveland Bridge said it has experienced an upturn in activity in the south of the UK and Wales, which has contributed to two consecutive profitable years with the company reporting profits for 2016 of £4M, an increase of more than £1.5M on the previous year.

Among its recent projects was the design, build and installation of a 228t, 50m-long steel road bridge crossing the Great Western Main Line in Newport.

This project, undertaken for Network Rail, was part of a significant overhead line electrification programme. Fabricated in the north east of England, it was transported to South Wales by road and assembled prior to installation by Cleveland Bridge engineers in a trackside temporary works compound.

Cleveland Bridge Head of Infrastructure Andrew Morris (pictured) said: “South Wales is strategically important, opening a large office here will enable us to strengthen our Welsh team and provide closer support to the Welsh infrastructure and construction sectors, as well as regions such as the South East and South West of England.

“It will also allow us to take advantage of the wealth of skilled people from the area that will help Cleveland Bridge further grow its market share.”