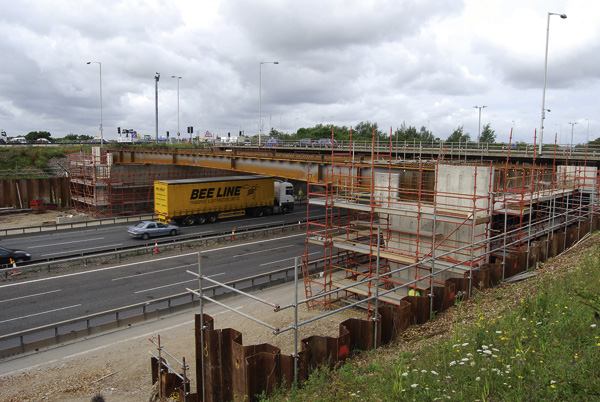 Two new steel composite bridges have been lifted into place as part of the improvement scheme at the M4’s busy Junction 11.

Expected to be complete during the summer of 2010, the project’s  two new four lane bridges have been erected around the outside of the existing junction. These new structures will carry the bulk of the traffic, while the existing bridges will be converted to priority routes for public transport, pedestrians and cyclists.

Both steel composite bridges are 41m long and were fabricated and then delivered to site in three sections. These sections consisted of a pair of braced girders, complete with all crossmember beams.

The new eastern bridge was lifted into place during a night time closure of the M4 at the end of July, while the western structure was erected during a similar procedure in August.