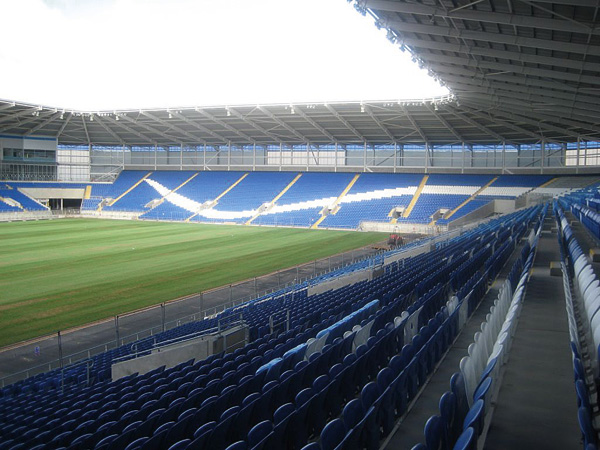 Championship side Cardiff City (the Bluebirds) started the current football season in a new 26,800 all-seater stadium.

Completed this summer by a project team which included Laing O’Rourke, Arup and steelwork contractor Rowecord Engineering, the stadium is only a stone’s throw from the club’s previous home Ninian Park.

Rowecord was responsible for erecting 3,500t of structural steelwork as well as installing concrete terracing and all metal decking.

All steelwork was erected by a mobile crane positioned on the pitch. Once the terracing for the four stands had been completed, with the exception of the front 17 rows of seats which were left out to allow better crane access, Rowecord then erected the steel roof.

The roof is a constant disc that wraps around the entire stadium. It cantilevers out by 28m and is predominantly formed with CHS members. It is held up by two columns per grid, one of which penetrates the roof and forms a mast and is then tied back to the roof via stays.