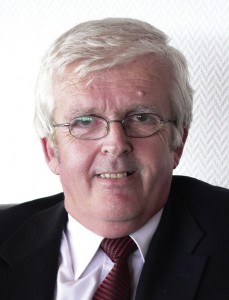 Irishman Donal McCormack has surmounted serious obstacles in getting to where he is now. BCSA’s latest President speaks to Ty Byrd.

Donal McCormack walks into the room with the aid of a stick, the consequence both of a childhood disability and the more recent breaking of his hip. “You’ll laugh when I tell you how I broke it,” he says. I will not, I say. “Well, I missed a step while in the Guinness brewery.” I try to smother a smile. “The worst of it is that I’m a teetotaller. I was only there negotiating sponsorship for a Gaelic football tournament.”

In a curious way, the tale is highly revealing of Donal McCormack, BCSA’s new President, the first one ever from Ireland. Unable ever to take a physical part in sport, he is deeply involved in sports administration. The same approach serves him well in business: as Managing Director of steelwork contractor Terence McCormack Group, he looks after costings and contracts while brother Ruairi runs the workshops and attends site.

Adversity is always met with good humour and determination. The broken hip hurt like hell but the necessity to use a stick has never stopped him fulfilling to the full his allotted role with McCormacks, often through difficult times; and nor will it prevent him from having what he hopes will be an enjoyable and effective term in office at the BCSA. “The Presidency is a challenge to rise to and I want to do well,” he says.

Donal McCormack was born in 1952 at Warrenpoint, County Down, the son of a blacksmith and farrier who, although having left school at 14, was well read, had a good mathematical mind and considerable ambition. Terence (or Terry) McCormack’s smithy eventually evolved into a fabrication shop; and work with horses gave way to steelwork. His steelwork company came formally into being in 1953 on the back of a contract to provide railings around Warrenpoint’s municipal park.

As the company grew, so did the family of Terry and his wife Moya, who brought a total of three boys and a girl into the world. Father and mother were ambitious for all four children, not least Donal. Having attended Abbey Christian Brothers Grammar School in Newry, he was encouraged to become an engineer and took himself off to the University of Ulster, Jordanstown, to study civil engineering.

He qualified in 1974, having had vacation stints with contractor Gilbert-Ash (NI) and consulting engineer Dr IG Doran & Partners in Belfast. “My father was keen for me to have design experience and I returned to Dr Doran’s after leaving university to improve my knowledge of structures.”

There he worked under Stanley Taggart, “the best engineer I have ever known and a close friend to this day”. Mr Taggart was not just a good engineer, apparently, but a fine motivator of staff with a positive attitude especially towards negative circumstance. “If something had gone wrong, he would always say: ‘I wonder why we decided to do that?’ and ‘let’s work out the easiest way for us to get around this’. 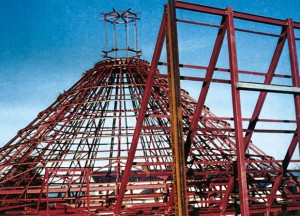 Projects undertaken by the Terence McCormack Group include the Catholic Church, Hollywood 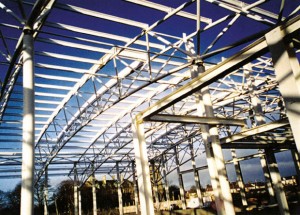 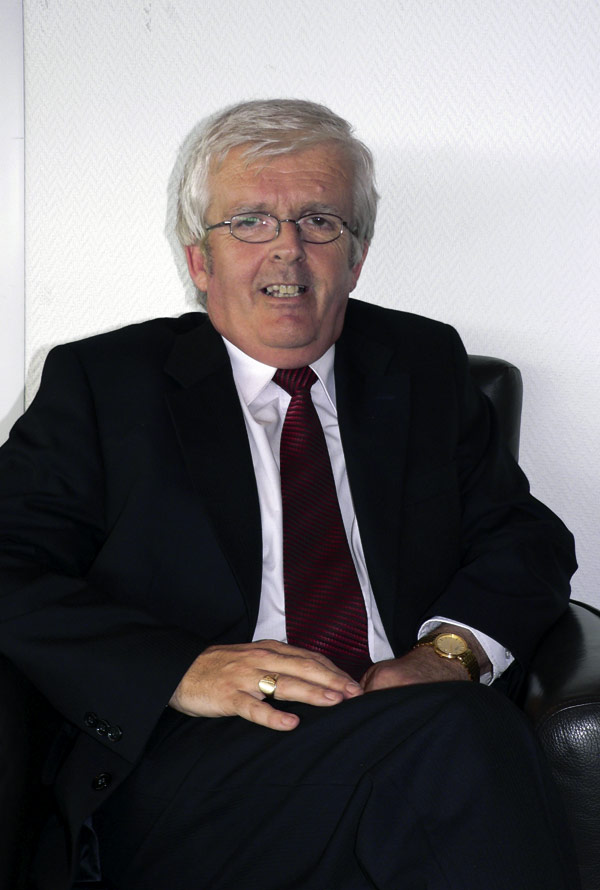 Donal McCormack joined Terence McCormack Ltd as an engineer in 1976

“It was always ‘we’ and ‘us’, never ‘you’. I learned much from Stanley but the Samaritan culture, as I call it, was the most important.” It remains every bit as useful and pertinent today as it did in the 1970s, he believes (see below).

Donal McCormack joined Terence McCormack Ltd as an engineer in 1976, by which time there were 16 people on the payroll and turnover stood at around £300,000. Two years later he was Technical Director and six years after that, Managing Director, on the death of his father. His brother became Operations Director – on a par with Donal.

“My father never lost his interest in horses, nor his mathematical quickness,” he says. “Just days before he died, very unwell, he could still find it in himself to shoe a friend’s horse. And even with the most convoluted bets, he could work out his winnings in a flash.” Donal McCormack as a boy and young man was pushed hard but benignly by his father, who made little concession to his – Donal’s – disability, to his benefit. You can sense the affection.

By this time, Terence McCormack Ltd based in Newry, County Down had been joined by Terence McCormack (Ireland), based in Dundalk, County Louth. Donal and Ruairi became aware that Northern Ireland’s economy was slowing down in the late 1970s but saw opportunities to develop in the Republic. The decision to open up down south was a good one: Eire’s economy has grown greatly in the last two decades, with lots of incoming industry, including IT business. The market there for steel frames has been a healthy one.

So it has been in Northern Ireland, up to a point, although the troubles tended to narrow the marketplace and make working life difficult at times. “You just had to grit your teeth and learn to live with the conditions,” Donal McCormack says now. “It was a matter of keeping your spirits up and getting on with things the best you could.”

Overall, the Terence McCormack Group has prospered, with work throughout Ireland and some in Britain. The Group deals with all types of structural steel framed buildings, provides design and erection services, and has carried out many large cladding contracts. “The company now employs close to 40 people, including – since the early ‘90s – our technical director PJ Burns. My mother has served many years as Company Secretary and remains in that post,” Donal McCormack says.

“Turnover is roughly £5M, split two fifths in the north, three fifths in the south. Most of our work is industrial buildings but we have seen a big increase in residential buildings – for instance, we’ve recently put 600t of steel in student accommodation for Cork University, 400t of the same in Dublin – and health and education also seem to be growth areas.”

A big problem is not the quantity of work but the price of it, he says. “We do things by the book, look carefully at health and safety, at training, have the right quality assurance procedures in place, and are honourable members of BCSA.” There is a cost to this, not borne by those who do not do things by the book. “It galls me when I am told by clients, ‘I don’t want to give this work to them. I’d rather give it to you, but at their price’.”

He describes the Irish market place as “healthy, if not buoyant”, with Northern Ireland’s growth rate positive but continuing somewhat behind that of the Republic.

Moving on from talking about his own company and into his new role as BCSA President, he is very bullish about the advantages of building in steel and the prospects for steel framed construction; and well versed in what needs to be said.

“There is no question that steel is the better economic option. We’ve got to get this message across, that it is less expensive despite recent price increases, that it is more flexible, quicker to put up, recyclable. We have to combat the disinformation put around by steel’s competitors.”

BCSA Presidents remain in office for two years. Events Donal McCormack will preside over include the Steel Construction Conference & Exhibition in November, to include launch of the Association’s Sustainability Charter; and those to celebrate the BCSA’s centenary next year. Important issues with which he has to get to grip include the Construction Act, in particular those bits of it relating to payment; and promoting harmony – or in Donal’s parlance, the Samaritan culture – within the construction Industry.

“An important project,” he says, “is the one being conducted jointly with the Association for Consultancy & Engineering, to define the information needed at the contract stage of steel construction projects.” As he says, incomplete information tends to promote disharmony.

There are also issues of health and safety and education which need to be addressed, as usual, on a continuing basis. He points to a specialist course set up by Northern Ireland’s Construction Steel Group to properly train draftsmen in 2D and 3D drafting and would like to see this made more broadly available.

“We can’t rest on our laurels as an association,” he says. “One advantage we enjoy is a secretariat which – while small – is highly efficient and effective. It ensures the Association punches above its weight. I’m really looking forward to the next two years.”