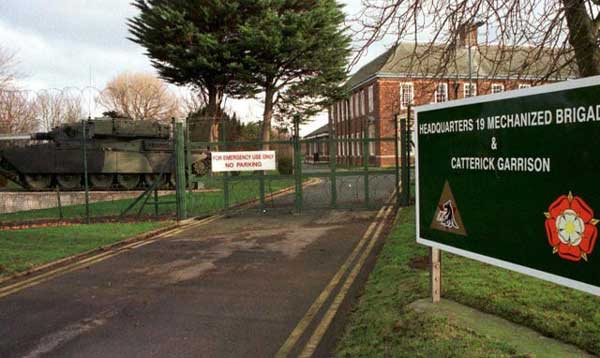 Plans to create an urban fighting skills centre have been unveiled as part of a drive to improve military facilities at Catterick Garrison, the British Army’s largest base.

The Ministry of Defence has lodged an application to build a 1,200m² single storey portal-framed structure to recreate urban environments at the Infantry Training Centre’s headquarters in Vimy Barracks.

The plans form part of an overhaul of the Army, which has seen a cut in the number of bases and an increase in UK-based troops.

Catterick Garrison is described as a core site and is set to be improved and enlarged. Catterick will also be turned into a “super garrison”, with two strike brigades being accommodated along with their families. This will mean an additional 5,700 wives, partners and children living in Catterick Garrison, making it one of the fastest growing towns in the country.

The planning application states the scale of the proposed portal-framed structure has been governed by the need to accommodate a set number training within the building.

It states: “On average 30 people will be using the training elements of the building, with several additional directing staff also to be accommodated for in this proposal. MOD guidance stipulates the size and number of the ancillary rooms that is required to provide a sufficient service for the required number of users.”