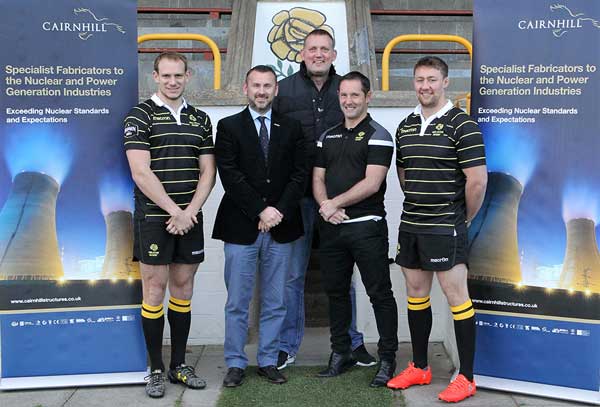 Steelwork contractor Cairnhill Structures has agreed a deal to sponsor the Melrose Sevens in 2019, a competition which is said to be the world’s oldest sevens tournament.

Melrose Sevens is an annual rugby event held by Melrose Rugby Club in Scotland and was first held in 1883.

The main stand at Melrose’s ground, the Greenyards, will be renamed the Cairnhill Steel Solutions Stand as part of the deal, with the Cairnhill logo appearing on the Melrose players’ kit during the Sevens event and a number of other tournaments.

Former Melrose star Doddie Weir said: “The Melrose Sevens has a huge place in the history of our great game, giving the world the sport of rugby sevens which is now enjoyed at Olympic and Commonwealth Games level, and across the planet with the World Rugby Sevens Series.

“The Melrose Sevens also holds a significant place in my rugby career, and I look forward to all parties enjoying continued success in the future thanks to this generous sponsorship.”

Neil Watson, Cairnhill’s Managing Director, said: “We are delighted to be sponsoring such an iconic event and my special thanks go to Doddie Weir for his support and collaboration on this new partnership.

“Melrose is the home of Rugby Sevens and to be able to play a small part in this historic event is fantastic.

Melrose Club President Douglas Hardie commented: “We are delighted to confirm that Cairnhill have agreed to be a sponsor at the Sevens in 2019. With their emphasis on junior rugby and the event, the company is a perfect fit at The Greenyards.