A new edition of a guide based on major fire tests allows further economies to be made in the fire safe design of buildings. Gerald Newman, Manager – Fire Engineering at the Steel Construction Institute, explains.

In 2000, the first edition of a design guide based on major fire tests carried out between 1995 and 1996 on a composite metal deck steel frame at the Building Research facility at Cardington was published. It offered guidance on the design of composite steel framed buildings in fire based on lessons learned from these full-scale tests. The Cardington experience and other large-scale natural fire tests have shown consistently that the fire performance of steel framed buildings is much better than the performance of individual structural elements in a standard fire resistance test – the normal method of assessing performance in fire – might suggest. It was clear that even though most composite steel framed buildings are designed assuming that members are not continuous, in fire a real structure has appreciable continuity which creates a large reserve of strength, and that the amount of protection being applied to steel elements may be excessive and, in some cases, unnecessary.

The guide contains simple design rules that were based on the observed behaviour in the Cardington tests and on additional research carried out by BRE. By following the recommendations, it can be shown that many beams may be left without applied fire protection, thus allowing economies to be made in the fire protection requirements of some composite steel-framed buildings whilst still maintaining the required levels of safety. In this second edition of the guide – Fire Safe Design: A New Approach to Multi-Storey Steel-Framed Buildings; SCI Publication P288 (Second edition) – improvements have been made to the recommended design method which will allow some further economies to be made.

The Building Regulations in England and Wales are based on functional requirements; these outline what needs to be done but not necessarily how to do it. One of these statutory functional requirement states: “The building shall be designed and constructed so that, in the event of fire, its stability will be maintained for a reasonable period”.   Approved Document B(1)  gives practical guidance with respect to the statutory requirements and states that: “A fire safety engineering approach that takes into account the total fire safety package can provide an alternative approach to fire safety”.

The Regulations in Scotland(2) and the Regulations in Northern Ireland(3) have recently changed and are now, like Approved Document B, based on the test of “reasonableness” and allow a fire safety engineering approach to be used.

The recommendations presented in the guide can be seen as extending the fire engineering approach in the area of structural performance and developing the concept of fire safe design. It is intended that designs carried out in accordance with these recommendations will achieve at least the level of safety required by regulations while allowing some economies in construction costs. 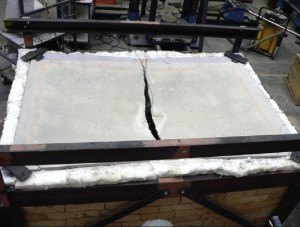 Figure 1: Failure of a slab in a fire test at Manchester University

Recommendations are given on the following topics: compartmentation, column fire, protection, site control and connections. The main recommendations, to justify the use of unprotected secondary beams, are based on a structural model(4,5,6) developed by Professor Colin Bailey, formerly with BRE and now of the University of Manchester, that combines the residual bending resistance of the composite beams with the contribution of the composite slab, calculated using a combined yield-line and membrane action. A photo of a recent test on a floor slab carried out by Professor Bailey is shown in Figure 1. In the figure it can be seen that the slab has failed by fracture of the reinforcement in the longspan direction – exactly as predicted by the mathematical model.

The main design information is presented in a tabular format. These cover trapezoidal and re-entrant steel decks for 30, 60, 90 and 120 minutes. In the original guide, the fire resistance period for which the design method was considered to work was very conservatively limited to 60 minutes. This has now been extended to 120 minutes following experience of using the method and further research. The design tables are presented to enable an initial estimate to take place. It is recommended that all designs should be checked using downloadable software TSLAB, which may be downloaded from www.corusconstruction.com/en/reference/software, and is designed to assist engineers with final designs and with selecting the most appropriate mesh and slab depth.

The design method developed by Professor Bailey is based on calculating the slab strength at a particular value of maximum displacement. The displacement can be predicted from knowledge of the thermal curvature and elongation of the mesh. The loss of mesh strength due to heating is also considered. The program TSLAB combines a thermal analysis of the slab with the Bailey strength calculations. The strength calculations are carried out at one-minute intervals and the lowest value is assumed to be the design value. 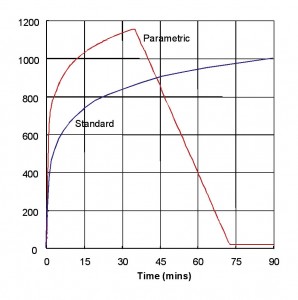 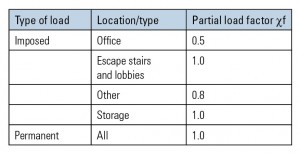 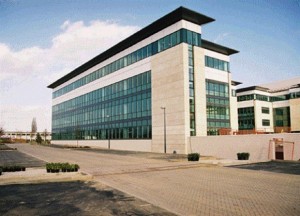 Figure 3: General view of the building 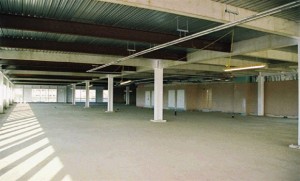 The fire safety requirements of many modern buildings are assessed using advanced fire engineering as an alternative approach to the more common Approved Document method. One of the techniques used is to adopt a natural fire model as an alternative to the standard fire. One commonly used model is a parametric fire model, described in EN1991-1,2(7). Natural fire models take into account the size of the fire compartment, the number of openings and the amount of combustibles. Such an approach takes the designer away from dependence on the standard fire test and its limitations.

The use of the parametric fire is discussed in the new guide but, because of the large number of different combinations of compartment geometry and fire load, the design tables are confined to the standard fire. The associated software can analyse floor slabs subject to a parametric fire, although the SCI recommend that this option should only be used by experienced fire safety engineers. For the parametric fire, in which the fire temperature rises and then falls, the slab capacity will reduce to a minimum value before increasing.

In this second edition, the model has been extended to use orthotropic mesh, i.e., meshes with different areas in each direction. Therefore, as well as the standard A series meshes, B series meshes are included. For rectangular floor areas, the lightest mesh will often be one with the ratio of area of main wires to area of transverse wires larger than that offered by a standard B series mesh. TSLAB will assist engineers in selecting the best mesh. In all cases, the mesh must meet the requirements of the appropriate design standard for the composite floor slab.

BS5950-8 gives three possible values for the imposed load partial factor. Tables are presented for a value of 0.5, i.e. it is assumed that the building in question is an office. It is also assumed that the fire is a standard fire. For other situations, the software can be used and the complete range of values may be entered into the software.

The method of design developed by Professor Bailey and described here has been used on a number of buildings including the T Mobile headquarters building at Hatfield, Hertfordshire.  The method was used to justify the removal of fire protection on a number of long span beams. A general view of the building is shown in Figure 3 and an internal view, showing the unprotected long span beams, is shown in Figure 4.

There were six buildings in the development, each of three floors. The mesh size was increased from A142 to A252 but this cost was outweighed by the saving on fire protection costs. The total saving was at least £60,000.

The consultant engineer was Baynham Meikle and the fabricator was William Hare Ltd.