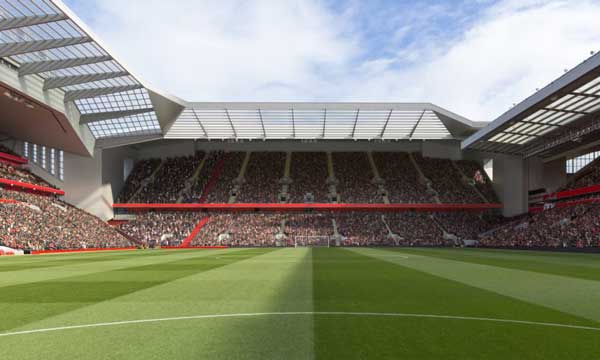 Premier League football club Liverpool has revealed initial design plans for a new 16,000-seat Anfield Road Stand, which would see overall capacity of its stadium rise from around 54,000 to over 61,000.

The redevelopment would leave Anfield’s famous Kop as the second-smallest stand at the stadium.

Liverpool’s Chief Operating Officer, Andy Hughes, said: “I think it is clear we didn’t perhaps perform a consultation for the concerts as well as we could have done and we are always looking to improve. I think we did a really good job on the Main stand and the objective here is to run the best consultation process that we can.

“Our ambition is to increase the capacity of Anfield stadium and allow more fans to enjoy some of the best football in the world.”