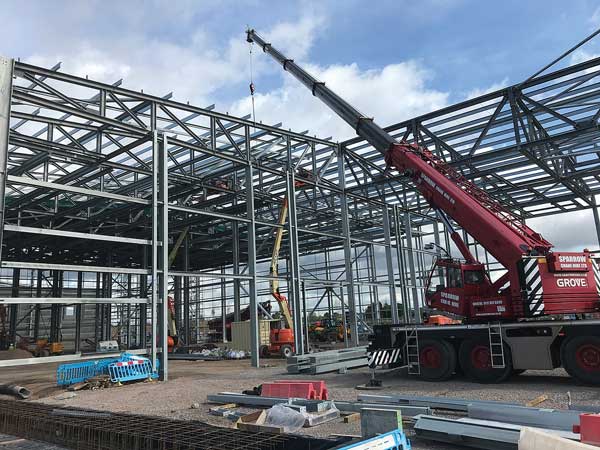 Working on behalf of Morgan Sindall, Elland Steel Structures has begun the erection of 1,250t of structural steelwork for the IFA (Interconnexion France Angleterre) number 2, at Lee-on-the-Solent in Hampshire.

Including five steel-framed buildings, the IFA2 will help the National Grid obtain a second link across the English Channel to France in order to share energy supplies.

The link is formed by subsea cables that run for more than 100 miles between the two countries and connect to a converter station (IFA) at either end.

Once operational, the IFA2 will be capable of exchanging 1,000MW of power between the UK and France, enough to run approximately 1,000 homes.