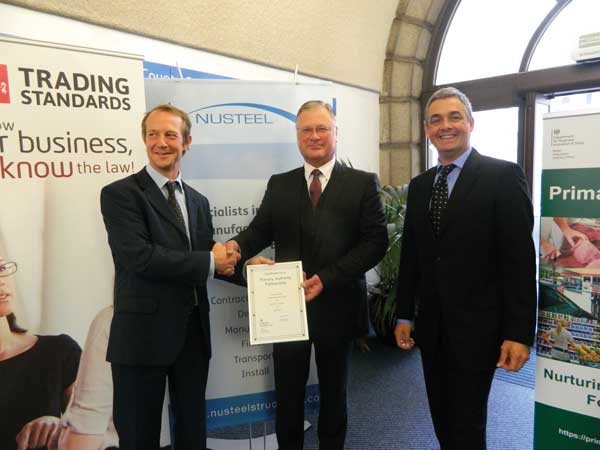 Kent-based Nusteel is the first major steelwork contractor to gain a direct partnership with Trading Standards Service via the primary authority route.

“It came about as a response to the requirements of BS EN 1090 and CE Marking.  In light of this directive, it was decided to approach the enforcing body for their assistance in developing a compliance plan,” said Nusteel Managing Director Ivor Roberts.

“The plan specifically relates to the traceability of components during the manufacturing process.”

Working in partnership with its primary authority and local regulator, Nusteel gained a unique opportunity to explain its business in detail to a named individual and develop a close working relationship with them.

“We can now rely on the advice provided by our primary authority officer, and on the authority’s interpretation of relevant legal requirements. Provided we follow the advice, we don’t need to worry about responding to conflicting advice or even facing enforcement action from another local authority that has a different interpretation of the law,” added Mr Roberts.

What is primary authority?