by David W. Lazenby CBE – Chairman of the Judges

It is reassuring that we have seen an increase in the number of submissions for the Award scheme this year, and that the quality and interest of the projects remains as high as ever.

One strong impression is that these days there are few easy projects. For reasons of technical difficulty, timetabling or late-evolving scheme requirements, there are very few projects that do not present great challenges. This means that the teams must work closely and constructively together, and the importance of a well-committed and collaborative client cannot be overstated.

We have a good geographical spread, as well as a broad range of types of project. With two major sports arenas, school and university buildings, and exciting works in museums and national memorials, the usual areas are well represented. But we also have important energy schemes, commercial and residential rehabilitations, as well as five exciting footbridges. Altogether they represent a major contribution to the built environment.

In a real sense they are all winners. But the final list of projects to receive Awards, Commendations and recognition of Merit, reflect the strength and diversity of the industry. 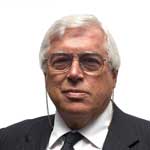 Chairman of the Structural Steel Design Awards judges David Lazenby CBE had a distinguished career as a consulting engineer, and as chairman of the lead European committee he led the huge pan-European exercise to develop the Eurocodes. A new turn in the 1990s saw him directing British Standards (BSI). David Lazenby’s career began with Balfour Beatty, then moved to consultant Andrews Kent & Stone, where he stayed for 30 years, becoming managing partner and subsequently a director. In 1990/91 he was one of the youngest ever Presidents of The Institution of Structural Engineers. In parallel he had become involved in developing codes and standards, advancing from technical committees and sector boards to become a non-executive director of BSI Group. In 1997 he was asked to become the Director of British Standards, one of three executive directors of the group responsible for over 5000 staff in 100+ countries. His experience both as a user and developer of standards led to a new focus on market relevance. Bringing global success to the organization and establishing British Standards as a world leader in its field, as well as making it profitable, has been almost unique among national standards bodies. He was awarded the CBE in 2002. Since 2003 he has operated his own consultancies, Eurocode Consultants and DWL Consultants, in the fields of certification and construction company direction. He was elected President of the International Building Study Group in 2012.

Richard Barrett was Managing Director of Barrett Steel Buildings for over 20 years prior to its sale in 2007 in a management buyout, and is a Director of steel stockholder Barrett Steel. Richard studied engineering at Cambridge University, graduating in 1978. At Barrett Steel Buildings he developed the business into a leading specialist in the design and build of steel-framed buildings, for structures such as distribution warehouses, retail parks, schools, offices and hospitals. He was President of the BCSA from 2007 to 2009, and is currently a member of BCSA’s Council.

Martin Manning is a Structural Engineer. He is an Arup Fellow. He joined the firm directly from university and for over 40 years has worked in  Arup offices and on projects around the world, most recently on buildings in the transport sector. He is a past Chairman of the SCI, a Fellow of the Royal Academy of Engineering and a Member of The Institution of Structural Engineers.

Roger Plank is a structural engineer and, having recently retired as Professor of Architecture and Structural Engineering at the University of Sheffield, is currently a director of Vulcan Solutions Ltd offering software and consultancy services in fire engineering. He has collaborated extensively with the steel construction sector in the fields of fire engineering and sustainability, and is a Past President of The Institution of Structural Engineers.

Oliver Tyler joined Wilkinson Eyre Architects (WEA) in 1991 becoming a Director in 1999. He has spent over 25 years in architectural practice and has extensive experience in leading and coordinating the design and construction of many high profile buildings and infrastructure projects. Oliver has led a number of prestigious projects at WEA including Stratford Regional Station in London for the Jubilee Line Extension; the Dyson Headquarters in Wiltshire, regional headquarters for Audi in west London, the Arena and Convention Centre in Liverpool, the UK’s first urban cable car, the Emirates Air Line and most recently a new office building in Finsbury Circus. Oliver is currently leading a number of major infrastructure and commercial office schemes in the City of London, including Liverpool Street Station for Crossrail, the Bank Station capacity upgrade project and a 40-storey office tower on Leadenhall Street.

Joe Locke retired in 2004 from his position at William Hare, where he was responsible for the engineering aspects of the company’s activities and also Executive Director of subsidiary Westbury Tubular Structures; having previously retired in 1998 as Chief Executive Officer of Watson Steel. Joe was an apprentice with Watson and sat his associate membership of The Institution of Structural Engineers at only 23. Joe worked at home and overseas on a considerable number of high prestige contracts, including Sellafield nuclear power station’s massive thermal oxide reprocessing plant and the terminal building of Kansai airport, Japan. Joe Locke was awarded an MBE in 1990 for his contribution to the structural steelwork industry. In 2007 he recieved a Gold Medal of The Institution of Structural Engineers.

Christopher Nash is a senior Consultant Architect. He graduated in 1978 from Bristol University School of Architecture, and was at Grimshaw Architects for 30 years and a Director/Partner from 1992 to 2012. While at Grimshaw he was responsible for many of the practice’s high profile buildings. These include – from his early years – the Financial Times Printing Works in London’s Docklands and the British Pavilion for the Seville Expo 92, The Western Morning News headquarters in Plymouth, the RAC Regional Headquarters in Bristol and many other projects. Having spent ten years as Managing Partner, Chris returned to leading projects. Following the success of the Zurich Airport fifth expansion project, he returned to a smaller scale of work with the Cutty Sark Conservation Project. Chris continues to practise as a consultant in architectural practice management, architectural education and property development.

Bill Taylor is an architect in private practice. He joined architects Michael and Patty Hopkins  straight from the Sheffield School of Architecture in 1982 and in 1988 became their partner.  He was a pivotal figure in the development and success of the practice in the UK and overseas and was responsible for a large number of  award winning projects, many of which received a Structural Steel Design Award. Bill left Hopkins Architects in Spring 2010 to concentrate on his own projects. He has been a member of the RIBA National Awards Group, is a Senior Assessor for the RIBA Competitions programme and was a founding member of Tensinet, the pan-European  organisation that researches lightweight structures and membrane architecture.