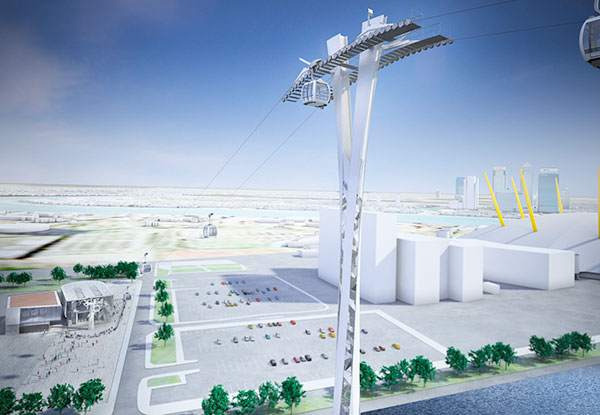 By the end of the year London will have a new river crossing and the UK’s first urban passenger cable car.

To be known as the Emirates Air Line, it will connect north and south London, travelling between two new stations on the Greenwich Peninsula and the Royal Docks.

With a capacity to carry up to 2,500 people per hour in each direction, equivalent to the capacity of 30 buses per hour, the cable car will be the first of a package of measures to improve river crossings in east London. It is anticipated that it will carry 2m passengers per year.

Steelwork for the project is being undertaken by Watson Steel Structures and the initial sections of the first of three towers are now on site.

Howard Smith, one of TfL’s Chief Operating Officer’s, said: “This scheme offers a great opportunity not only to boost the number of river crossings in London but also promote the regeneration of this part of east London and to support tourism to the capital.”